Malta will regulate the blockchain, Artificial Intelligence and Internet of Things sectors by launching the world’s first legal framework within the next few weeks.

Parliamentary Secretary Silvio Schembri has announced the initiative during the Unlock Blockchain conference organised at the Dubai International Financial Centre.

The representatives of the Maltese government visit Dubai to promote Malta as a jurisdiction that could serve as a gateway to other European markets.

During the conference, Mr Schembri stated that the Government was working closely with Blockchain, AI and IoT industries to create a legal framework that would satisfy anti-money laundering and Know Your Client regulations, without slowing down the technological advancements:

“This new regulator will help those who wish to invest in this sector to operate within a legal structure and gain the trust of millions of potential customers all over the world who want to make use of new services related to Blockchain technology.”

The conference wasn’t the first time Mr Schembri expressed the intention of working closely with the Dubai-based companies operating in the financial and technology sectors.

One of the previous meetings was held with Dr Aisha Bint Butti Bin Bishr, Director General of Smart Dubai, to promote new investment opportunities that could arise as the result of creating the regulatory framework for the new industries.

Malta and The Blockchain Technology 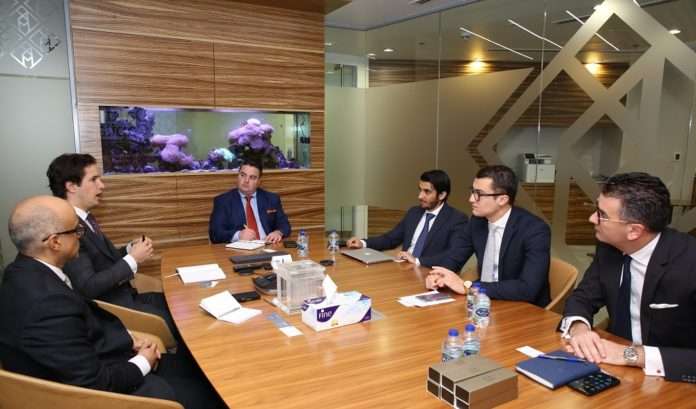 Malta is one of the most prominent countries on the European arena regarding supporting new technologies.

Prime Minister Joseph Muscat has already expressed his ambitions for Malta to become at the forefront of blockchain technology.

Since then, the Government has established a National Blockchain Taskforce which primary goal is to provide and advice and suggest a new direction for the disruptive technologies.

The blockchain advisory board has taken the task to the next level by creating the Malta Blockchain Association – a committee that gathers experts from various fields who voluntarily want to contribute to the further development of blockchain technology.

However, one of the most prominent initiatives so far was the launch of blockchain-based Education Certificates. It’s an innovative way of storing education records on a tamper-proof blockchain ledger as opposed to keeping the paper record.

Considering the forward-thinking mentality of the current Government of Malta, we should be expecting more blockchain news coming along the way. Perhaps blockchain-based residency cards, similarly to Estonia?

It’s crucial to remember the distinction between cryptocurrency and blockchain technology – the former is only one of the applications for which blockchain can be used as a base.

For the time being, the Maltese Government is keeping the subject of cryptocurrencies to the Malta Financial Services Authority (MFSA) who proposed the first draft of a regulatory framework for cryptocurrency investments.

The proposal was only a beginning of what in the future can become a world-class example of cryptocurrency investment regulations, especially within the area of Initial Coin Offerings (ICO).

This year should unfold a clear roadmap of how the Government will work with disruptive technologies and how are they going to be applied to different industries. The fact that Malta will regulate blockchain, AI and IoT industries as the first one worldwide, is another stepping stone to becoming the #BlockchainIsland.

Malta is an increasingly growing hub for blockchain-based business which will benefit from a clear regulatory framework for new technologies. During 2017, the Mediterranean island has also experienced a growth of Bitcoin and cryptocurrency community through various clubs and Meetup groups.