Home Opinion Is Coinbase Going To Add Ripple To The Exchange?

Adding cryptocurrency to a well-known and reputable exchange is always a milestone for a coin and its community.

While some might disagree due to its cooperation with banks, Coinbase is undoubtedly one of the biggest and most popular cryptocurrency exchanges on the market.

Hence, since Coinbase announced that it would be adding a new coin in November 2017, the cryptocurrency community has been speculating which coin is it going to be.

The most likely scenario involves Ripple, and many have started wondering if Coinbase is going to add Ripple to the exchange.

Ripple has not only been long enough on the market, but it also complies with the traditional banking system, which would go well with Coinbase strategy.

However, there are several reasons as to why Coinbase will most likely add Ripple and without any further ado, let’s see what they are.

Why Would Coinbase Add Ripple?

Coinbase became a cryptocurrency exchange of choice for a reason – it follows strict KYC and compliance regulations. Hence it allows for a fiat-crypto exchange.

The vast majority of crypto exchanges do not accept fiat currency and only allow crypto-crypto exchange. And, the reason behind it is the lack of KYC compliance.

Any organisation that is allowed to deal with fiat money must comply with the standard banking regulations, which naturally are not the easiest to obtain.

For true cryptocurrency fans, this seems like absolute ‘no’, hence the internet is filled with criticism for Coinbase as it does not guarantee anonymity and customers have to provide their details as well as an ID form to use the exchange.

For those, however, who are more of commercial customers, Coinbase provides more security, and there’s a certain level of reassurance that the exchange does not participate in any shady operations.

However, at the same time, Ripple has gained support from banks which openly admit their positive approach towards this particular cryptocurrency.

So it seems like a perfect match – cryptocurrency exchange that complies with regulation and crypto-coin that wants to adhere to the government and banks.

#2 Ripple Is In The Top 10 Cryptocurrencies

Ripple has been in the top 10 of CoinMarketCap ranking for a while, but only recently it overtook Ethereum and is currently occupying the second position.

For a cryptocurrency exchange with a long-term reputation, such as Coinbase, it cannot accept just any coin that comes on the market.

Especially, if it can be exchanged for fiat.

If you look at the current ranking, three of the coins are already accepted by Coinbase – Bitcoin, Bitcoin Cash, Ethereum and Litecoin.

All three of them are long-established; Ethereum and Litecoin also have well-known founders and leaders, and Bitcoin… Well, it’s Bitcoin so regardless of its nature, it must be accepted by the exchange.

Looking at other currencies such as Monero or Dash – they’re both private cryptocurrencies with high-level of anonymity and shady reputation. Coinbase, cannot risk accepting them and not being able to trace back the transactions.

Altcoins such as Cardano, NEM or Bitcoin Gold are based in the Asian market over which Coinbase does not have any control.

And smaller coins, such as IOTA or Stellar are merely too young to be accepted by the biggest cryptocurrency exchange on the market.

Hence, the only coin that is left… Is Ripple.

Not only it’s the second most significant cryptocurrency, but it also has a clear goal, a leader and specific direction.

The growing demand for Ripple and the lack of reliable exchanges where you can buy it (currently, only Bitstamp and Bitfinex) would result in Coinbase making an incredible amount of money just from adding Ripple to its offer.

#3 Coinbase and Ripple Have a Good Relationship

Well… This one is more of a speculation, but so is the majority of cryptocurrency world.

The Head of XRP markets in Europe – Miguel Vias – has been spotted promoting Coinbase in one of his Tweets:

Crypto can be noisy and frustrating, even maddening at times, but it’s filled with solid people. Thank you @coinbase, for doing it right. https://t.co/Z3ytiTQbjV

Why would he show a particular bias towards a cryptocurrency exchange that does not accept Ripple?

We may only wonder for the time being.

And another speculation, a far-fetched one, but still worth mentioning… One of the current Coinbase employees, Emre Tekişalp, worked previously at Coinbase. For entire three months.

None of those actually mean anything, but I guess, Ripple fans are looking forward to Coinbase accepting the currency.

Does It Mean Ripple Will Shoot In Price? 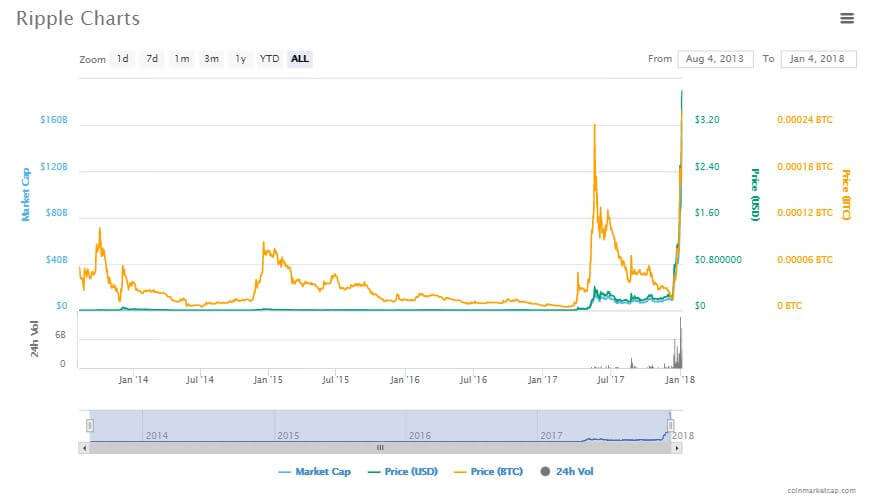 Any coin that is accepted by a mainstream exchange goes up in price as the buying process becomes much more accessible.

Additionally, being able to buy Ripple with fiat currency is a yet another plus side, especially for commercial investors.

Currently, Ripple is crossing its all-time high, and within barely few months, the coin jumped from $0.20 to over $3.

The price is likely to stay within just a few dollars for a while as the coin supply is in billions, but those who have already invested considerable sums will undoubtedly see long-term results.

Currently, you can invest in Ripple via Bitfinex and Bitstamp. You can read more about it in our guide on how and where to buy Ripple.

Update: On January 5, Coinbase announced no further plans of adding new coins to their portfolio.

What are your thoughts? Do you think Coinbase is still going to add Ripple? Let us know in the comments below! 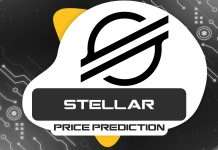 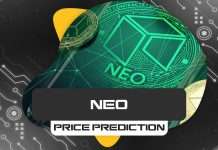 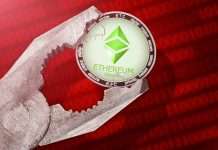