A new cryptocurrency portfolio has been launched by a Belgian start-up – Opus Labs CVBA.

Delta’s most significant advantage is the broad range of features cryptocurrencies. The app has a portfolio of Bitcoin, altcoins and ICOs – solving the same the problem of monitoring multiple currencies.

The app was designed for both iOS and Android with both functionality and aesthetics in mind. It looks very much as you would imagine a sleek iPhone app to look like.

Delta has secretly sneaked into the app stores in Autumn 2017, without any advanced marketing tricks or publicity.

What Is Delta: Cryptocurrency Portfolio Tool

So what’s so special about Delta? We all know (and probably already have) the Blockfolio, and it seems like not much more could be invented in that area.

Well, Delta not only stores over 2,000 different currencies, but also shows investors how much they made – focusing on the funds and portfolio’s profit and loss.

As Filip Minev, one of the Delta’s founder stated:

“We used competing apps before, and while we still like what they do, we found that there was a lack for an app that very clearly said: this is how much you own, this how much you made; in total and per coin. Delta puts this information front & centre as it should.”

Another exciting feature is a dedicated space for each coin. Every cryptocoin has it own page, where users can track the evolution of the currency and monitor their investment in comparison to another cryptocurrency.

Additionally, users can set an alert for each coin that will send a notification about changes in price.

One feature that truly sets Delta apart is the possibility of storing a vast amount of ICOs. Users can list tokens and currencies which haven’t even been featured on exchanges yet. 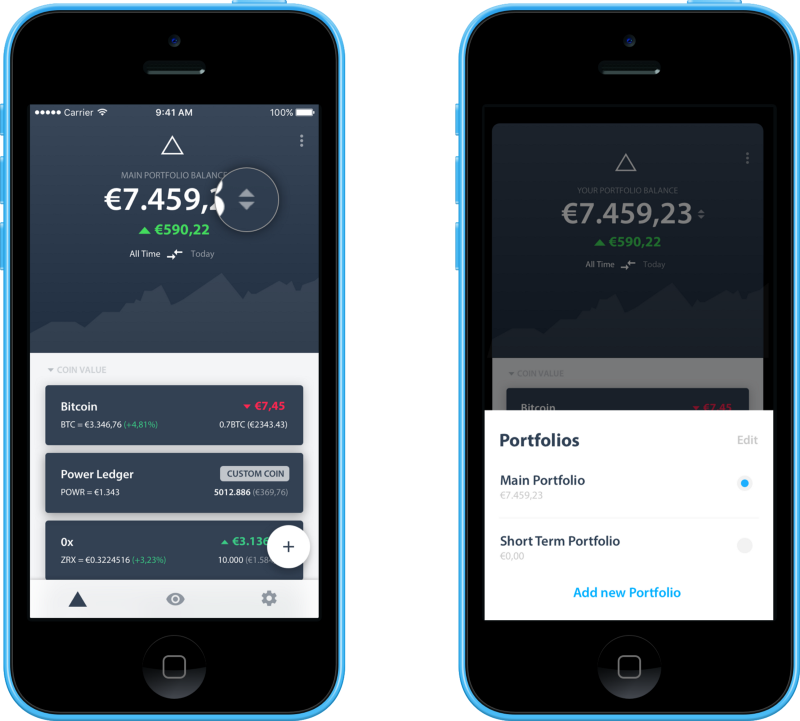 In late October 2017, Delta has released a new version of the software – 1.3. In which, the company introduced a paid version – Delta Pro.

The most significant reason behind launching an option of the paid version is to keep Delta alive and let it grow simply.

Since Delta doesn’t charge a fee and doesn’t sell customer data, it struggles with funding.

The paid version will keep on increasing in price, but it will start at a mere $3.99. In the future, the cost will grow accordingly to the current economy, but it will be a while until it crosses the $10 monthly subscription.

Another upgraded feature Indonesian Rupiah currency, an alphabetical order and much more.

How To Get Delta?

The latest version of Delta was released on November 22 and is available on both iOS and Android Google Play stores.

The basic version of the app is entirely free, and it doesn’t have any in-app purchases, apart from upgrading to the PRO version.

Delta doesn’t have any visible bugs. It’s still a new product on the market, and more versions will be coming out in the future.

So far, Delta seems to be one of the most promising cryptocurrency portfolios in the future, which doesn’t sell or share the customer data with anyone.

Download the Delta cryptocurrency portfolio for iOS or Android and don’t forget to check our Platform Reviews Section for the most secure cryptocurrency wallets and exchanges.