One of the most anticipated crypto conferences – Delta Summit – was officially launched on the 22nd of May at Castille Palace in Valletta, Malta.

The October event will coincide with Malta becoming the first country worldwide to regulate blockchain-based platforms, virtual currencies and ICOs.

The Summit is considered to be an official government launch of the blockchain initiative that will welcome all key stakeholders.

The guest honour and one of the critical panellists were Tim Draper, renowned Silicon Valley venture capitalist and famous Bitcoin advocate who’s very enthusiastic about the new regulations that are going to attract multiple businesses to the island and boost the economy:

“You’ve got a big lead and an early start over the other countries. Throughout history, the bigger countries have always had more clout, but now they are like large and heavy boats which are difficult to turn, while small countries are like little boats which can quickly navigate the waters. You have a major opportunity to punch above your weight!”

At the same time, the California billionaire had an essential message to the Maltese government to be careful while creating the regulations. Draper advised establishing simple and clear regulatory system, which will be easy to understand and won’t require lengthy paperwork.

Rightly so, Draper brought an example of Switzerland and Singapore, which both have started the ICO wave, but failed after imposing regulations that were too bureaucratic for such a dynamic industry.

Unlike the majority of previous attempts, Malta didn’t just try to fit DLT and crypto regulations into an existing ecosystem, but instead, it developed a framework that was tailor-made for the technology.

Draper is a firm believer in the potential of cryptocurrencies – he made headlines in 2014 when he purchased nearly 30,000 bitcoins – estimated to be worth some $19 million at the time – which had been seized from the Silk Road marketplace website by US authorities.

A few months ago, one of the most significant cryptocurrency exchanges – Binance – announced it would relocate to Malta. Although the founder, Changpeng Zhao couldn’t personally make it to the event, he recorded a message:

“Malta now has legal clarity in the blockchain space. The bill clearly states what you can do as a blockchain business, it protects investors, and it encourages innovation. The regulators are very reasonable and very approachable, and they work as hard as entrepreneurs do.”

Bianance has been forced to move out of Hong Kong earlier this year due to unfavourable crypto legislation. It seems like he has finally been able to find a home for his exchange, that as he described, is full of “some of the smartest and most forward-thinking people on the planet”.

Malta – The Blockchain Blueprint of Europe 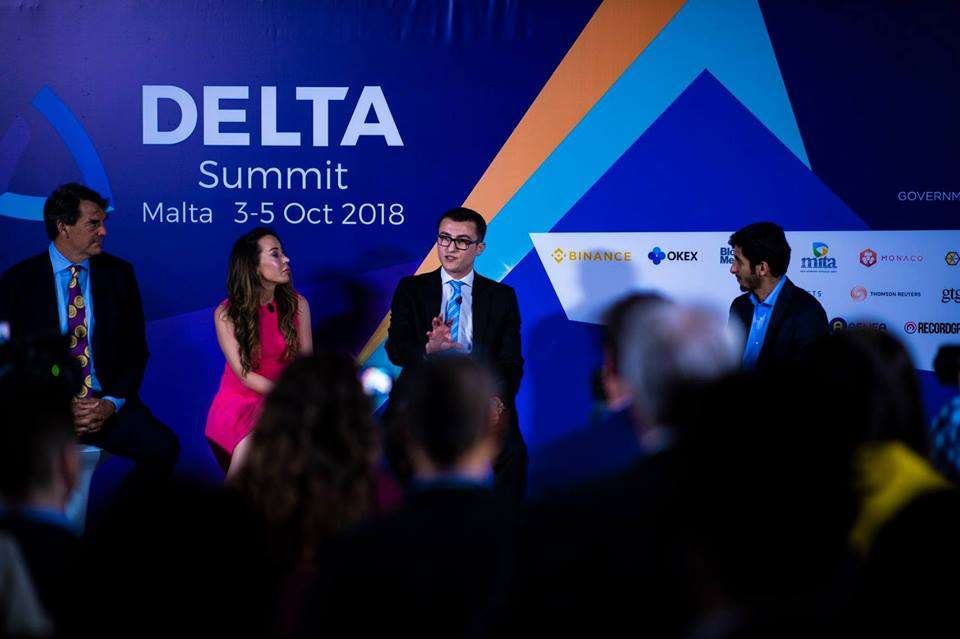 Silvio Schembri explained how after 2017’s General Election, the Government was very clear on creating regulations that would facilitate technological advancements.

These efforts resulted in creating three bills that have just passed the second hearing at the Parliament:

Above all, Schembri admitted that Malta’s progress in this particular field was down to the Prime Minister’s – Joseph Muscat – vision, and the fact that the members of the present administration thought more like entrepreneurs than a government.

He described that Malta managed to provide much certainty into the highly unregulated market:

“Serious operators we spoke to always emphasised the need for consumer protection, market integrity and investor protection, and these are the three pillars the bills are built on.”

The Next Few Months Will Be Crucial

During the next few months, we can expect more international blockchain-based companies to announce relocating to Malta, especially after the regulation will fall into place mid-June.

The popularity and mainstream awareness of cryptocurrency and blockchain keep growing, and it’s slowly building a new image. From what used to be considered as a shady area of FinTech, virtual currencies and DLTs will finally be able to operate in a regulated area.

As pointed out by one of the panel speakers, Tugce Ergul, we’ve already started learning about the real-life applications of the blockchain, and rather sooner than later, users will be utilising blockchain platforms without even realising it.

The Delta Summit will be an official homecoming to all those companies, and those who are interested will be able to meet with the regulators. The summit will be held in Malta this October 3rd to 5th. It will be an event where the world’s top leaders, pioneers and entrepreneurs and thinkers will meet to share their insights about what is happening in the industry.

Unlike the majority of conferences, Delta gathers not only entrepreneurs but also an intellectual power of the world’s leaders in technology, such as Dr Kablan. The tickets are currently on sale, and you can buy them from the official Delta Website.