There’s no doubt that bitcoin is still going strong. Fans of cryptocurrency often favour its anonymity and lack of regulation. But there are a few reasons a consumer might choose to invest or pay in bitcoin over one of its competitors. First, it’s the most widely used cryptocurrency on the market. Second, it’s more stable than some of the alternatives available. Third, it’s also seen as the most secure payment method currently available.

As bitcoin continues to soar in popularity, many industries are taking note. Check out some of the industries that are leading the way in adopting bitcoin payment methods below.

Although it might seem a bit bizarre at the moment to spend bitcoin on a meal (if you’re strictly thinking of the exchange rate), there are more than a few restaurants out there that accept this particular payment method. For example, several years ago it was reported that a Subway shop in Allentown, PA had started to accept Bitcoin. Following that, several select Subway locations worldwide started to accept Bitcoin as a form of payment. At the moment, however, it’s unclear if this is a payment method that will be widely adopted by Subway locations or if you’ll be able to pay for a sandwich with bitcoin in a location near you any time soon. Still, it’s something to watch out for!

Depending on your location, you might also be able to order a pizza with bitcoin on PizzaForCoins.com. This site lets you order pizza online from a variety of places, pay for that pizza in bitcoin, and have it delivered to your home.

Both of these industries like to stay ahead of the curve, incorporating new technologies when available to enhance security and gameplay, and improve customer and player experience. So it should come as no surprise that these industries are now implementing bitcoin payment methods. And Las Vegas — perhaps thanks to its size, reputation, and proximity to major tech hubs — is leading the way for this type of innovation.

At the casino, bitcoin isn’t just useful for buying into a game of Texas hold’em — some casinos also let you use it at places such as gift shops or restaurants. And there’s now a bitcoin ATM at The D, which has seen a lot more use than initially anticipated. If you’re interested in further exploring the world of online poker, there are many sites that accept bitcoin as payment as well.

For some, the best way to travel is by using Bitcoin. However, it’s important to note that, if you typically change or cancel your travel reservations last minute, bitcoin isn’t the best option for you — all bitcoin transactions are final. Nonetheless, sites like Expedia and CheapAir are leading the way in the travel industry when it comes to cryptocurrency support. Both businesses have been accepting bitcoin for years, and plan to continue doing so well into the future (despite some issues with Coinbase earlier this year). 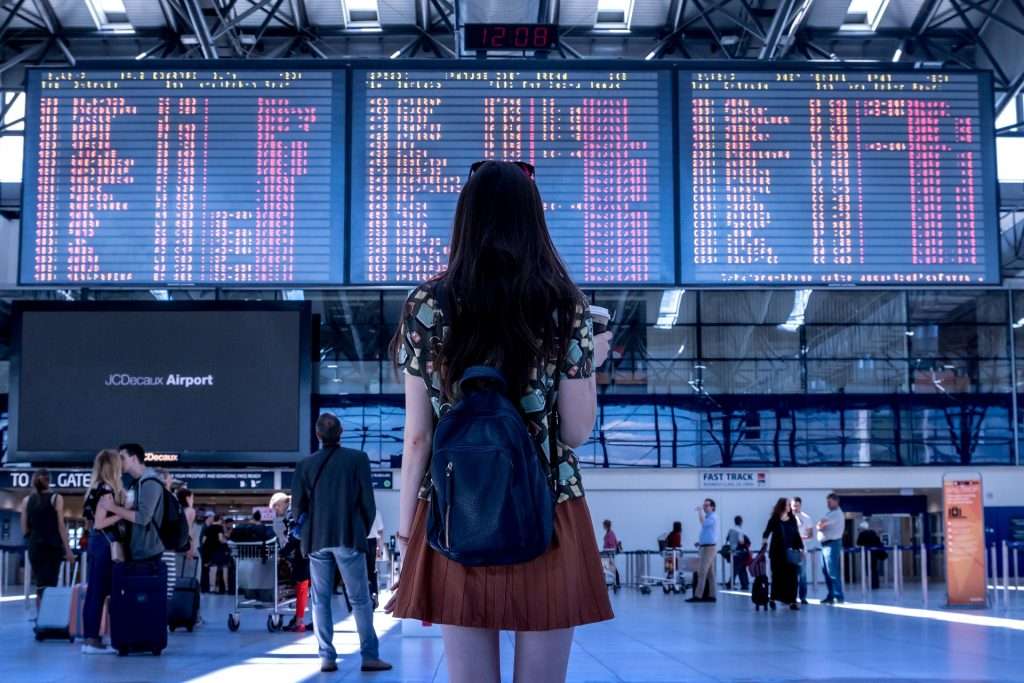 Although many businesses in the real world are slow to adopt bitcoin payment, the same isn’t true for online businesses. One such business is Overstock.com. The company has seen a lot of success since first investing in blockchain technology years ago. Since 2014, bitcoin payments on Overstock have tripled. As of 2017, the site said that they make roughly $5 million per year from bitcoin transactions. And earlier this year, they landed a major investment from a private equity firm based in Hong Kong, valued at nearly $375 million. Roughly $270 million of that sum will go towards Overstock’s cryptocurrency technology.

Some other popular retail sites that accept bitcoin as payment include Newegg.com, an electronics retailer (note: bitcoin-as-payment methods are only available for select purchases); Gyft and eGifter, sites to purchase gift cards; and Purse.io, a cryptocurrency site for placing orders via Amazon. The number of websites that accept Bitcoin is only expected to grow, especially as the benefits continue to outweigh the cons for consumers.

Does Bitcoin Have A Niche?