Despite the resistance, the iconic business magazine has been consistently publishing the list since 1982.

This year, however, Forbes published The Cryptocurrency Richest People List for the first time in the history.

The list was revealed to the public on February 6 and caused more controversies than expected.

According to Forbes Editor Randall Lane, the goal of publishing the list was to:

“[provide] a snapshot of a pivotal moment, part of the transparency needed to pull crypto away from its provenance as the favorite currency of drug dealers and into the adolescence of a legitimate asset class.”

Putting up together a list of the world’s most prominent billionaires seems relatively straightforward – the wealth has to be assessed and put into a ranking.

Cryptocurrency wealth, on the other hand, is much more complicated – the worth can change on an hourly basis.

Hence, for the process of creating the list, Forbes spoke with Joe Lubin (the founder of ConsenSys) about possible risks that come with publishing that kind of data.

Lubin was concerned about releasing that information as people could use it to target them for theft. There was also a big question mark of how to make the numbers accurate considering cryptocurrency fluctuation.

However, the crypto-elite still recognised the importance of such list and got convinced by the Forbes:

“firmly believe we made the world a better place by shining a light on the invisible rich. Just as crypto has evolved from the days of the Silk Road drug site and the Mt. Gox digital hijacking, fortunes of this magnitude should never be allowed to lurk in the shadows.”

While it wasn’t easy, the Forbes was eventually able to create a list of 19 members.

To get on the list, one must have accumulated more than $350 million based on the estimated holdings of cryptocurrencies.

To make the list as accurate as possible, some have provided a proof such as post-tax profit report from trading cryptocurrency or shares in crypto-related businesses.

The goal was it to distance cryptocurrency from all the bad press, like using it for illegal online transactions or drug deals and to show people the real use and success behind it.

The majority of those who made the list are also entrepreneurs and business owners, for whom cryptocurrency was a yet another bandwagon they jumped on. 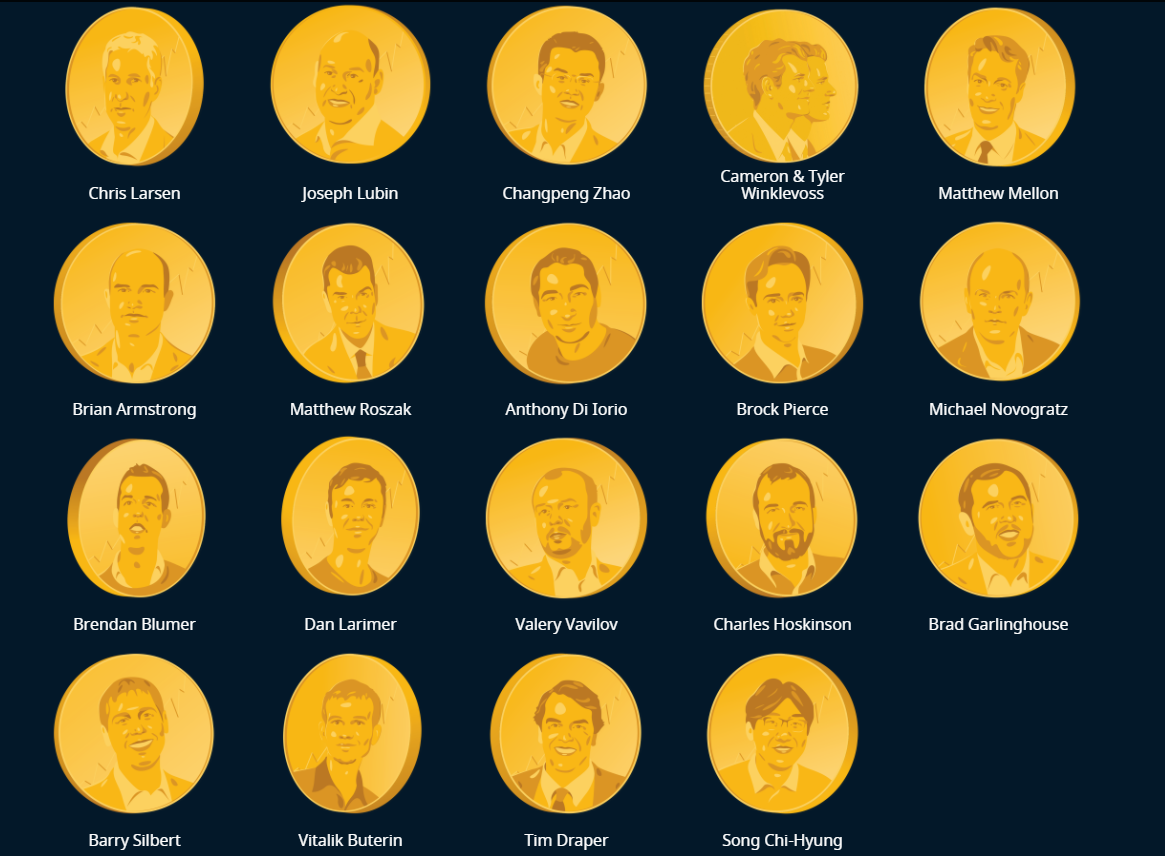 The list consists of 19 people altogether. Interestingly, the top 10 features a few core members of building the Ethereum network, but not Vitalik Buterin.

The face of Ethereum is valued at approximately $400-$500 million which, comparing to Larsen’s $8 billion worth, seems minuscule.

Here are some of the most prominent crypto-billionaires:

During 2017, many investors have collected quite a substantial profit when it comes to cryptocurrency. While it’s impossible to compare that to the Forbes list, it’s a definite indication of a new trend.

The first Forbes Cryptocurrency Richest People List is there to show us the potential of digital currencies and that they don’t necessarily have to be used for illegal activities.

It seems like the List will become a sensational annual occurrence, and it will be interesting to see how is it growing and how the profits compare to previous years.

For the time being though, you can read about the best cryptocurrencies to invest in 2018 and perhaps challenge the crypto-elite.