IOTA is one of the most innovative cryptocurrencies available on the market. It offers fast and feeless machine-to-machine payments, which is a crucial addition to the IoT progression.

We’ve already gone through how to buy IOTA but we’ve been swamped with questions about the IOTA wallet.

There seems to be a little confusion on how to create the IOTA wallet. And since there’s isn’t a hardware wallet available yet, there’s a concern if the wallet is as secure as it possibly can be.

This guide will show you how to set up the IOTA wallet in 6 easy steps. Bear in mind, this guide is for the non-technical users who carry a little or no knowledge of programming language.

IOTA is often considered as another cryptocurrency, but in reality, it’s much more than that. It’s true – it can be traded on exchanges, and it has its own token, but it goes beyond the cryptocurrency scope.

IOTA is an open-source, decentralised network, engineered specifically for Internet of Things. The backbone of the IOTA network is Tangle which works similarly to blockchain technology, but without the blocks.

This new feature allows IOTA to perform offline transactions at a zero cost and with a potential of indefinite scalability. Meaning, the network can keep on growing and in few years we won’t face the same issue as with Bitcoin.

Machine-to-machine (M2M) economy is one of the least developed aspects of IoT – micro transactions come with high fees, flexibility, and blockchain scalability problems.

Tangle, on the other hand, doesn’t work with blocks that have to be verified by miners. In the Tangle network, both users and validators are the same.

Currently, IOTA is placed on the 9th position at CoinMarketCap with the value fluctuating between $0.20-$1.00.

Where to Buy IOTA

The only exchange that offers IOTA is Hong Kong-based Bitfinex. You can buy IOTA with USD or trade it with Bitcoin or Ethereum.

You can download the wallet for Windows, iOS, and Linux. The installation process may be slightly different for each one of them, so make sure to follow the instructions on the screen.

Recently, there has been introduced an Android Beta version of the IOTA wallet. It’s free to install and you don’t have to have both desktop and mobile. You can also generate the seed on your mobile wallet or enter the one you already have.

Here’s how to create and IOTA desktop wallet in 6 steps:

#1 Go to GitHub’s IOTA page and download the latest version of the wallet. GitHub is a platform for software developers to be able to collectively work on projects. I’m saying this because those who are unfamiliar with the platform, or are new to cryptocurrency, may be cautious of the website and its looks. But you have nothing to worry about – it’s legitimate.

Once you land on the IOTA wallet page you will see a lot of different versions of the wallet – the project kept on evolving and so did the wallet, hence there are a few versions.

There are different downloads available for different operating systems. If you want to have an iOS, download the .dmg file and if Windows .exe.

#2 Downloading shouldn’t take longer than 5 minutes and it’s pretty straightforward. On Windows, you just have to allow the application to be installed and on Mac move the app to the correct folder.

#3 As soon as you open the application, you will have a choice between a ‘Light’ and ‘Full Node’ Wallet. If you’re not familiar with JAVA script or coding in general, choose the ‘Light’ version straight away. 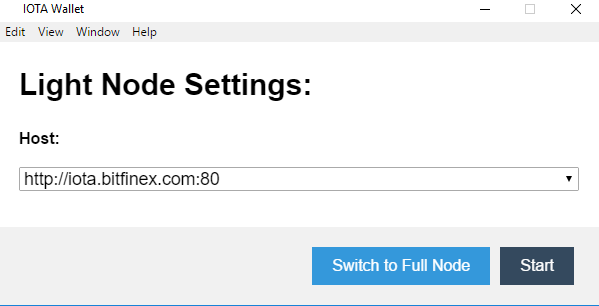 #4 You will be presented with a long list of links of servers to connect to. If you’re a basic user, choose the first one – Bitfinex – link. If not, copy and paste this link to your wallet: http://iota.bitfinex.com:80

#5 Now it’s the most important stage of your wallet creation – SEED. Just like with any other wallet, you have your private and public key. The same goes for the IOTA wallet – the SEED is what you will use every time you want to log in and claim the ownership of your IOTAs.

The seed in an 81-character long phrase made of letters and number 9. There are two ways of creating a seed:

Make sure that after the seed is generated, you keep it in a secure location or even write it down. The principal is the same – without the seed, you won’t be able to access your IOTAs. 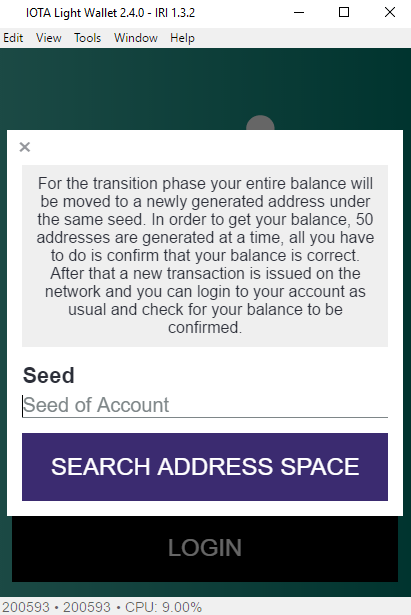 #6 After logging in with your seed, the majority of hard work is done. The wallet has a very simple interface, through which you can receive and send IOTAs.

Don’t forget to connect it to the Tangle network (it’s similar to blockchain) and you’re ready to go ahead with your transactions. If you’ve already purchased any IOTAs, don’t forget to transfer them to your wallet from the exchange! 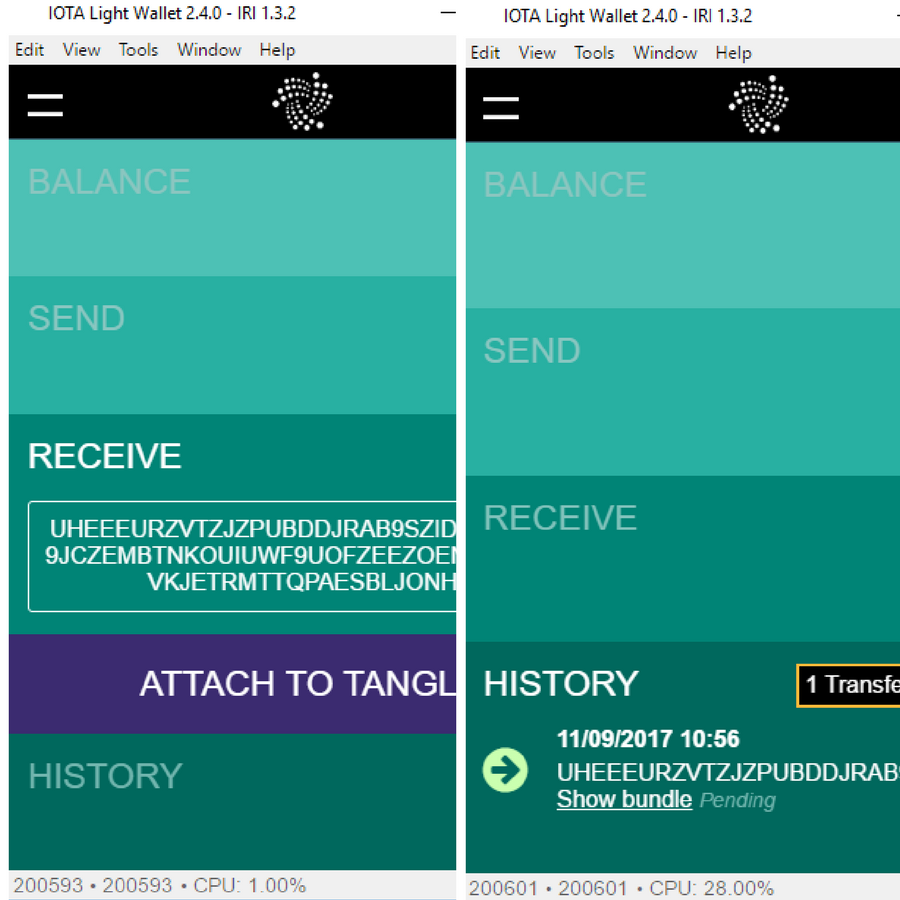 At the moment IOTA’s own wallet is the only one to store IOTA. There aren’t any official statements yet that any of the hardware wallets will store IOTA in the future.

If you’re following Reddit, there were rumors that Ledger Nano S will become integrated with IOTA but Ledger hasn’t confirmed anything yet.

Creating a wallet for IOTA isn’t the most difficult task if you opt for the Light version. The Full Node version will allow you to support the IOTA network directly, but if you’re conducting transactions with the Light wallet, you will still contribute to the network.

Bear in mind, that both IOTA and its wallet are still relatively new on the market so there will be changes and updates happening in the future. In a meantime, you can start investing on Bitfinex.

Has become easier to create IOTA wallet with this guide? Let us know in the comments below and share your tips with others!