In many areas of online commerce, Bitcoin as a digital currency is making it serious in rows and one market segment that’s taking notice is the online casino industry. Bitcoin is currently handling over 200,000 transactions every day and this figure is constantly growing.

There is little doubt that the twenty-first century is the century of information technology and the Internet is the primary catalyst. We’re going to look at Bitcoin’s role in the online casino ecosystem and see why is it fast becoming the yardstick for the industry standard. You can also get a full breakdown and how to play at a Bitcoin Casino.

The great shift online has saved time and money for millions of businesses worldwide. Keen on streamlining their profits by leveraging instant communication and free advertising. On global exchanges, Bitcoins can be exchanged for many different currencies. 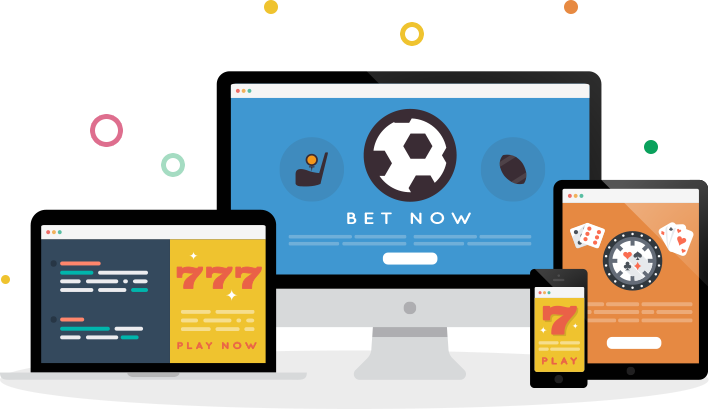 In the past, online gambling has always been the target of misguided government policies or a political play ball. The reason for this is because many governments have a vested interest in the gambling sites they operate and want to maintain the status quo.

In other words, the government has a monopoly by curtailing the individual’s right on how they should spend their money on entertainment. By the end of Spring 2014, nearly 13 million bitcoins were created. It’s predicted that the last Bitcoin will be mined in 2140 that’s if the system survives that long. However, the digital currency has been slated as volatile and has surged in both directions.

“The real benefits of Bitcoin is that it’s used internationally, it’s a stable infrastructure because so many people have adopted it because of its fame.”

In the past Bitcoin has been labelled as invisible money, you can’t stuff them into your wallet simply because they don’t exist physically. Everyone in the modern world uses fiat currency, hence it’s easy to take the concept of money for granted. There’s an old Chinese proverb that says: ”The fish is the last to know water”. For the most part, governments refrained from giving their blessing to money that’s in direct competition with them.

Online casinos procure bitcoins not only to pay player winnings but to make a profit by playing the market. As a speculative asset, there’s no denying that Bitcoin has value with a high volume of activity in the marketplace. A more apt term to describe this process is ‘liquidity’.

Although many governments still paint Bitcoin as ‘dangerous and unreliable’ some even went as far as to characterize it as a predatory money making scheme. That said, most countries are in the process of regulating Bitcoin.

In some countries such as the US, the matter of cryptocurrency gambling is still a grey area. While it’s illegal to operate a casino on the US soil, some offshore casinos accept the US players. One of them is Bovada – an online casino that accepts both crypto and fiat payments and allows the US citizen to gamble on their platform. For more information on how Bovada made an online gambling legal in the US, visit this Bovada review. While the ownership and licensing of the casino remain unclear, there haven’t been any reports of any US citizens being prosecuted for registering on Bovada and using Bitcoin.

Is Bitcoin fair? It’s an open ledger that keeps tabs on every transaction that’s ever made. All the rules of the system are out in the open and all participants must play by the rules. In hindsight, it means that all parties involved can ‘trust the Bitcoin system’ and theoretically can’t be hacked.

How Bitcoin Has Shaped The Casino Industry?

When Bitcoin entered the market it circumvented monopolistic online gambling regimes because it’s not confined by boundaries. It has become the de facto currency for many players playing at online casinos. The main reasons as to why Bitcoin is popular with players is that there are very little transaction fees involved, it’s completely safe, it’s secure, it’s peer-to-peer, it’s scarce and it offers the user a degree of anonymity.

Another very important feature about Bitcoin is that it’s seen as a hedge in times of economic and political uncertainty. It’s a decentralised monetary unit that’s not controlled by governments neither does inflation have an impact on it. The price of the digital currency is currently trading at $4,606 per coin. Investment bank Goldman Sachs predicts that one Bitcoin could be valued at $5,000 before the end of 2017.

After the blockchain split, where a group of miners ”forked” from the blockchain, it paved the way for Bitcoin Cash. The reason for the fork was to increase the blockchain’s network capacity from the original 1MB. Slots.com is the first Bitcoin only casino that accepts Bitcoin Cash. Indicating once again that the online gambling industry is an early adopter when it comes to new technology and innovation.

If one takes into account Bitcoin’s meteoric rise it’s evident that the digital currency is here to stay. With increased volatility in Asia, Bitcoin has become a very lucrative commodity. The only industry that appreciated Bitcoin’s value and worth right from the onset is the online Bitcoin casino industry, the rest, as they say, is still catching up.

This article was written by Mark from CasinoWhizz.