Woltonchain and Alibaba signed a partnership that will bring multiple IOT application solutions designed by the ZhongChuan IoT to the Alibaba ecosystem.

It will not only support with promoting the smart city development, but it will also help with establishing an artificial intelligence hub for urban management.

The project is named after Charlie Walton, the inventor of RFID technology and a pioneer in the space.

Logistics systems are complex and commonly involve several different parties. As these systems grow, it becomes increasingly desperate for businesses in the same vertical to coordinate with each other.

On top of that, individual entities may have different processes that further hinder the ability to transfer data back and forth.

Waltonchain used RFID identification to track products during each step of production and distribution. The data associated with each item is stored on an immutable blockchain that ensures its accuracy no matter where in the process it is.

With Waltonchain, a simple scan of the RFID tag provides you with all the information you need to know. What the product is, where it’s been, who’s handled it, and other relevant data is all stored on the blockchain through these tags.

Applying it to logistics has plenty of benefits:

More About The Partnership

The continuous development of the human society and the expansion of urban life, the current facilities are not enough to meet the increasing demands.

According to the World Bank, by 2030, two-thirds of the world’s population will live in cities.

It’s becoming more and more visible that the world we are used to is not sustainable enough. Hence, the concept of Smart Cities.

The core idea behind a smart city is to incorporate information and communication technologies (ICT) to improve the quality of urban life, such as energy, transportation and utilities.

The overall goal is to enhance the quality of living for the citizens through smart technology.

If we look at the current urban situation in China, it’s noticeable that there is a significant issue with urbanisation and accommodating everyone.

Therefore, during the presentation of the 2015 Government Work Report, the Prime Minister of China Li Keqiang delineated the following strategy:

The development of smart cities is undoubtedly a focal point of the agenda of the Chinese Government’s long-term development plans.

And the only way of doing that now is through the implementation of blockchain technology.

Two years ago, Alibaba Group decided to take the cloud part of its business more seriously and expand outside of China with a billion-dollar investment in Aliyun (now known as Alibaba Cloud in English).

Combining blockchain technology and computing cloud services seems like a perfect match for the new concept of smart cities.

The partnership will focus on:

Can This Be a Success? 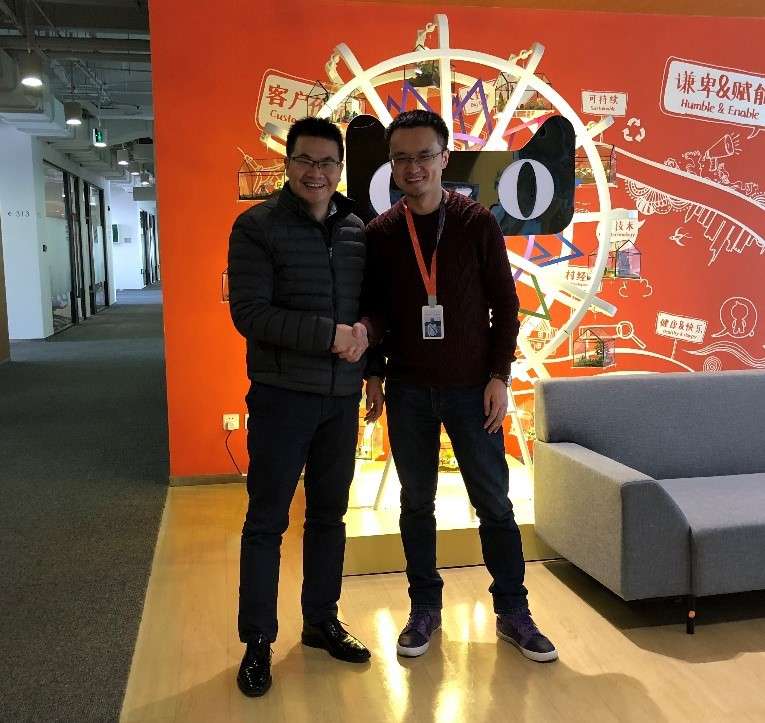 It’s inevitable for smart cities to become the future of our urban living. However, a lot still has to be done to make smart cities actually smart.

We have already hit a brick wall, knowing that IoT on its own is not sustainable and that blockchain is much more powerful than just being the Bitcoin’s backbone.

We also know that blockchain cannot simply replace the Internet.

Therefore, in the future, we will need a seamless solution for combing the Internet of Things, the internet, big data and the blockchain.

Woltonchain and Alibaba signing a partnership indicate a potential solution that will bring maximum convenience to urban life.

Similarly to IOTA and Taipei, this partnership sets the way forward for smart cities around the world.