Many people who get into trading cryptocurrencies have never even traded on a Forex exchange, or a stock exchange, so it can be a little confusing. Getting started can be a little overwhelming and there is an incredible amount of data, buzzwords, and charts to get to grips with before you get going.

Reading trading charts can be rather complicated for even the most seasoned trader, so imagine what it is like for those just starting out. Whilst there is an infinite amount to get your head around, there are a few basics you should consider at first to help you read trading charts.

So without further ado, buckle up, pay attention, and let us get started. 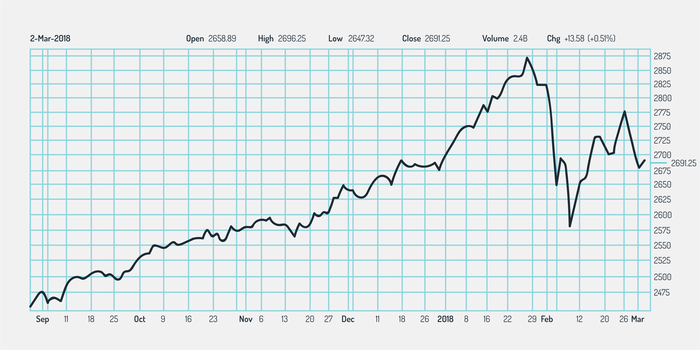 A line chart is the most basic chart that you will come across and it will remind many of us of those long, boring hours in maths lessons at secondary school. These look just like the charts you would painstakingly copy into your exercise books and they work by showing the simple progression of something, over time and represented by a line.

When it comes to cryptocurrencies, the line represents the performance of the coin over a specified amount of time and you can often find charts that have multiple lines, each tracking different aspects such as price and market share. These are linear graphs and they give a great idea of what the coin as done in terms of performance over time, making it simple and easy for you to ascertain whether it is a coin you would consider investing in.

Try to look at the performance of the coin over the last 12 months before zooming in to see how it has performed in the last three and six. You need to get a good indication of whether it is on an upward or downward trajectory, whether it is stable or volatile, and how it is performing in the short-term. 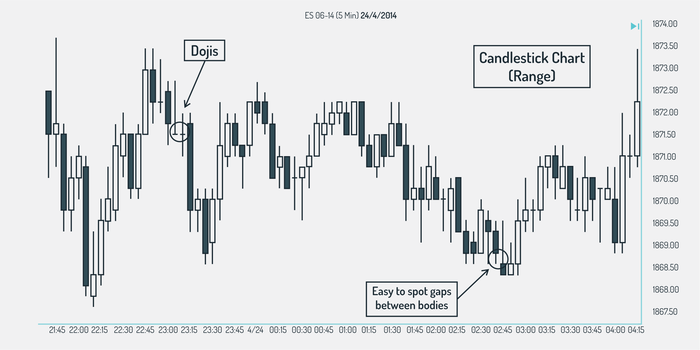 This is a chart that is also known as “The Traders Choice”. A candlestick chart is the type of chart that you will see on most of the big exchanges such as Binance, CEX.io, and Coinbase.

It provides information on things such as market cap, price, and volume whilst allowing individuals to zoom in and out, much like the line chart. It provides a much greater amount of detail about trading at any given moment and provides a much more well-rounded picture of how a particular cryptocurrency is performing.

The candle part of the chart will display various statistics such as the opening price, the highest price, and the lowest price of the time period that is specified, as well as the closing price. The ‘wick’ or the lines at the top and the bottom of each candle are there to provide an indication of the highest and lowest prices during the selected timeframe.

This particular type of chart is extremely useful for traders as it enables them to carry out more technical analysis and to predict in which direction the price will go next. Of course, whilst charts like this provide a good insight into the performance of a coin, there is no certainty and it is impossible to predict what will happen. 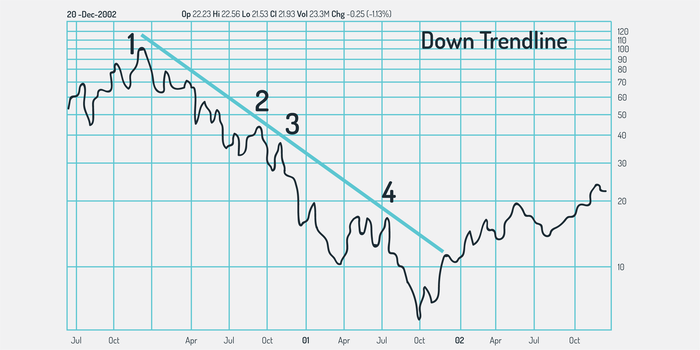 A trend line is a line which indicates the general course or the tendency of something to change over time. It is typically drawn under pivot highs of lows to show the prevailing direction of price. Trend lines are also a visual representation that can show the resistance and support over a given period of time. In the context of cryptocurrency, they are usually used to show the speed and direction of price and can be used to show patterns of price during price contraction.

When it comes to implementing trend lines, there are two different types of analysis that they are used for. The first shows when to buy something and the second shows what to buy. The trend line is one of the most important tools that are used by technical analysts, or those looking to make a profit from trading.

To create a trend line, an analyst must have two points on the price chart as an absolute minimum. Some analysts opt to use different time frames such as one minute or five minutes, others choose to look at daily or weekly charts. Some analysts may even decide to disregard time completely. What makes trend lines so popular with cryptocurrencies which are so notoriously volatile, is that they can be used to identify trends regardless of the time frame, period of time, or interval used. 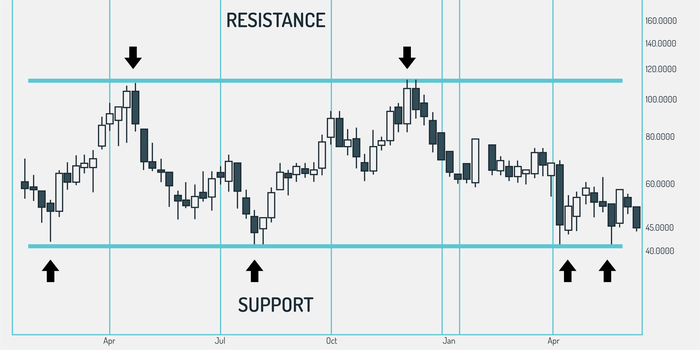 This is one of the most popular techniques that is used in the technical analysis of cryptocurrencies and other stocks or currencies. It is based on a simple concept but it is notoriously difficult to master. It works by identifying price levels where the price reacted by either reversing or slowing down, and the price behaviour at these points can leave clues for analysts as to the future price behaviour of a coin.

There are lots of different ways that someone can identify these levels and apply them to cryptocurrency trading. Support and resistance levels can be important turning points, areas of congestion, or round numbers that a trader attaches some significance to. The higher the timeframe is, the more relevant the applicable level becomes.

Being able to identify important levels can take an awful lot of practice. These levels exist due to a particular influx of buyers or sellers at various points. The fact that these levels can change between support or resistance can be used to indicate the range of a particular market as well as trade reversals, breakouts, or bounces. Each one of these particular trades will have their own entry and exit rules and some trading sites offer a tool that helps traders to identify these levels on a chart. 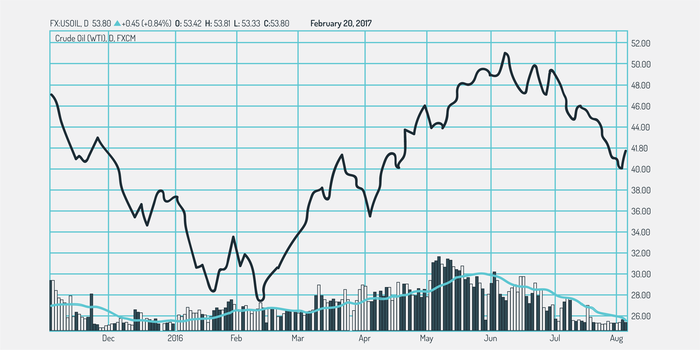 When you hear the phrase ‘trading volume’ particularly when in relation to cryptocurrencies, it refers to the amount of a particular coin that is or was traded during a particular period of time.

In the context of say, Bitcoin, trading on a cryptocurrency exchange, the volume is reported as the number of coins that have changed hands during one particular given day.

The average volume of a coin over a much longer period of time can be worked out by taking the total amount that was traded during that period and then dividing by the length of the period. The resulting number will be a unit of measurement that will represent the average trading volume per unit of time, typically each trading day.

These are two words that are simply used to characterise trends in the trading and value of cryptocurrencies and other commodities. If an investor believes that the value of a particular stock or coin will increase over time, then they are said to be ‘bullish’. Investors who believe that the price of a stock will decline are referred to as bearish.

In the world of cryptocurrency where price points can move quickly and significantly, a higher volume of a particular coin is representative of a higher liquidity in the particular market.

To be able to trade cryptocurrencies effectively and profitably requires either a great deal of luck or an incredible amount of skill.

Of course, in such a volatile industry, nothing can be guaranteed and one can never say what the market will do for sure, and as such, there is always an element of risk.

These tools, charts, and explanations should instead provide you with a little more information that will help to guide you through the complicated and often confusing world of cryptocurrency.

Remember to do your research thoroughly before you start putting any serious money into trading, and remember to never trade more than you can afford to lose.