They say nothing lasts forever, and in the world of a constantly evolving technology, this saying gained a whole new meaning.

Without a doubt, cryptocurrency is the most rebellious offspring of the technological revolution. Shaping the new landscape of the financial industry.

Yet, most cryptocurrencies have been using the same old method of validating transactions (otherwise known as a proof-of-work), without major improvements.

With time, proof-of-work became unaffordable due to high electricity costs, hence there was a need for a new procedure – proof-of-stake. It not only reduces the costs but also increases the network’s security level.

In the battle between proof-of-work vs proof-of-stake, none has become a winner yet. The two most important cryptocoins – Bitcoin and Ethereum – are using different algorithms and no consensus has been reached yet.

So it possible to decide which one is better and more efficient? If yes, then why haven’t all networks moved to only of them yet?

What Is Proof-of-Work (PoW)

In order to confirm the transaction and enter a block into a blockchain, a miner has to provide an answer, or a proof, to a specific challenge – otherwise known as a proof-of-work.

The puzzle is a complex mathematical algorithm which difficulty rises or decreases depending on the solving time. The transaction should be solved within few minutes and miners should never exceed that time frame.

In the world of cryptocurrencies, PoW is the most common protocol. For some currencies, e.g. Bitcoin, it’s the only protocol that will ever be used due to the original code.

Miners use PoW to validate transactions and mining new coins, but its main goal is to block potential cyber-attacks or suspicious activities within the network.

PoW has one major disadvantage though – it’s a costly and intensive process. Using PoW protocol increases the mining difficulty with time. This results in financial implications as miners have to invest in more powerful hardware to complete transactions.

Faster and stronger computers require a significant amount of energy to generate coins. Those powerful gaming computers – ASICs – also cost a substantial amount of money. Therefore, mining with the use of PoW became reserved for those who can afford a hefty equipment in a large quantity.

Disregarding the cost, PoW has one major advantage – it allows trustless and distributed consensus.

What Is Trustless and Distributed Consensus

The trustless and distributed consensus goes back to one of the cryptocurrencies’ characteristics – decentralisation. The consensus allows sending and receiving money without having to trust in third-party services.

Instead of using traditional bank transfers, Visa, Mastercard etc., individuals can send funds directly between each other. The ledger is automatically updated with the transactions’ history and the account balances. Everyone has a copy of the ledger (blockchain), hence the risk of fraud or theft is minuscule.

The idea of decentralised currency wasn’t born in 2008 with Satoshi Nakamoto releasing the White Paper. In the 90’s there were many attempts of creating and equivalent to cryptocurrency, but the lack of trusted and distributed consensus is what stopped them from succeeding. 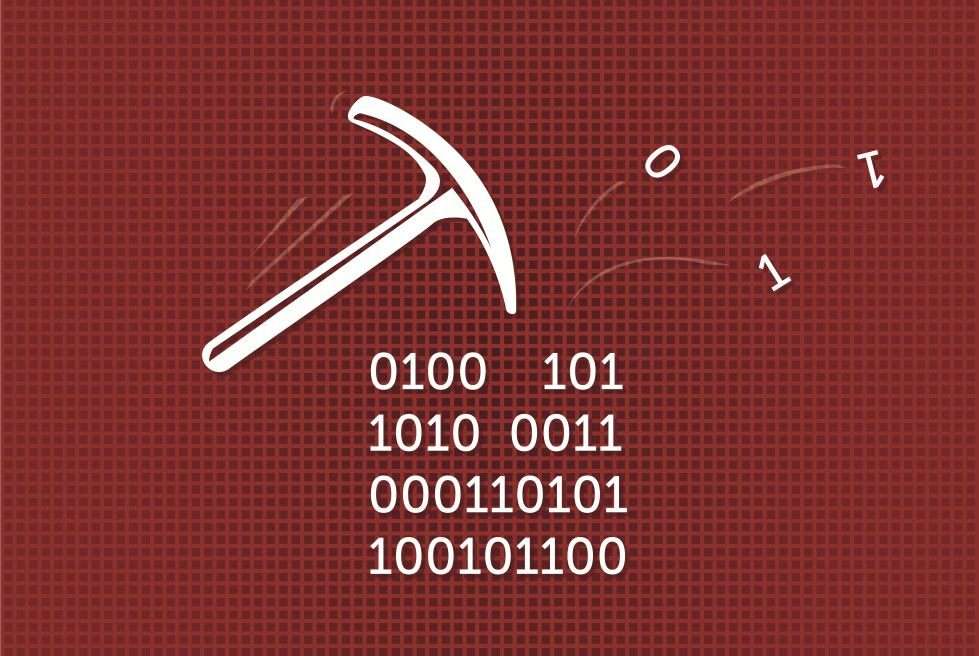 The difference between PoW and PoS also lies within the technicalities during the mining process.

Here’s what happens after clicking ‘Send’ and transferring your funds:

Mining is very competitive in its nature – a successful miner has to invest in a robust computing power with high parameters. This automatically increases the average number of calculations needed to create a new block.

Every 14 days the parameter gets updates and miners have to amend their computers’ settings.

Bear in mind, a new block is generated approximately every 10 minutes and the demand keeps on growing with more transaction being requested. Nowadays, individuals can pay extra for their transaction to be processed quicker, which opposes the original idea of the network is equal for everyone.

PoW isn’t only used by the Bitcoin blockchain, but also Ethereum. However, the Ethereum network wants to bring egalitarianism back the blockchain through a new method – proof-of-stake.

What Is Proof-of-Stake (PoS)

PoS is still an algorithm but it’s an alternative way to validate transactions – the goal is the same but the process of getting there is different.

Unlike the PoW, where solving an algorithm rewards miners with new cryptocoins, PoS chooses a new block creator in a deterministic (pseudo-random) way – depending on its wealth (stake). Because there are no block rewards, miners only take the transaction fees.

This is why, PoS system miners are called forgers, instead of miners. Same way, mining is called minting.

Once a user has a balance in their wallet, they need to keep the wallet open and connected to the internet to earn stake rewards. People who own a significant amount of the total coin supply will earn more stakes. So the more you invest, the more you earn.

PoS, on the other hand, can encourage hoarding which is great for speculation, but not for the currency itself. Forgers can be tempted in invest heavily, but not take an active role in mining data blocks. This would result in longer transaction time and lower security level. And as you can imagine, this cannot be healthy for the currency.

In general, cryptocurrency networks are vulnerable to 51% attacks – somebody owning the majority of available coins. Since Bitcoin’s circulation will be capped at 21 million, there’s a risk of someone owning more than a half.

As payout for Bitcoin miners is becoming smaller and smaller, there is less incentive to avoid an attack.

The PoS method makes the attack more difficult and expensive – whoever attempts to double spend and take control over the network would own the majority of the coins. So the attacker would suffer from its own actions.

Apart from the already mentioned hoarding problem that PoS can cause, there also a risk of the limited amount of coins. If there are 1,000 coins in circulation but only 100 of them are staked, an attacker would need only 101 coins to execute the attack.

To create a community around the network, there has to be a feeling of a collective effort. And the easiest way to achieve that support system is through mining. Therefore, most cryptocurrencies that adopted PoS, use a mixed system of both PoW and PoS.

Proof-of-Stake vs Proof-of-Work – Which One Is Better? 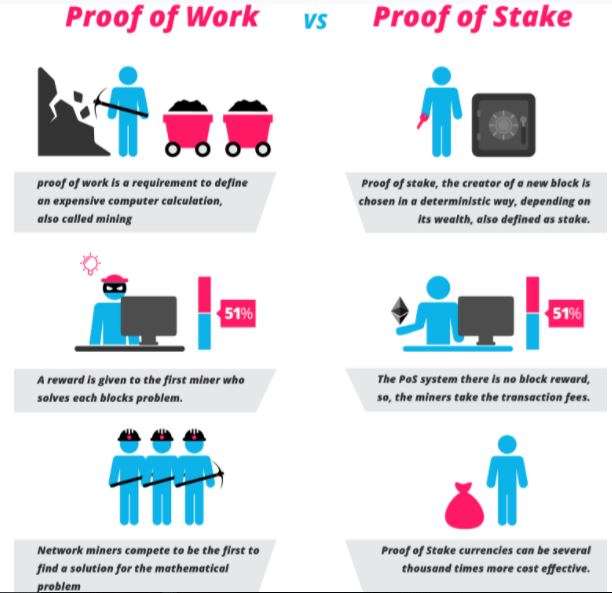 This is the main question everyone is the cryptocurrency seems to be asking. Since none of them is perfect, then which is the one to choose?

Using a PoW cuts out potential attacks thanks to technological advancements and financial obstacles. Programming an attack can be very expensive and most of the time it costs more than one would be able to steal.

PoS, however, is cheaper to attack but whoever would try to do it, would be sabotaging itself.

One of the solutions can be the Casper protocol, designed by Vitalik Buterin.

Without getting into too many details – Casper is here to collect deposits from the network’s participants. If someone violates the rules, Casper will take the deposit and the person will be removed from the network.

Could this be a perfect solution then? Perhaps, but it would eliminate mining from the equation.

There shouldn’t be a choice between proof-of-work vs proof-of-stake. Combining the best from two worlds might be just what the cryptocurrency universe needs.

We already know that none of those two methods is perfect on their own. Connecting them together will provide an incentive for miners to hold their mined coin and will eliminate the risks from both ends.

What are your thoughts on both protocols? Let us know in the comments below if you have anything to add or came across any interesting ideas!

What’s The Difference Between CPU and GPU Mining?

How To Mine Monero (Single Mining vs Mining Pool)