Ethereum has officially been updated with the Byzantium hard fork on October 16 – one day ahead of the original schedule.

At 05.22 UTC Ethereum, the second largest cryptocurrency on the market had its fifth hard fork. The update went smoothly, without any significant disruptions to the network and the price remain on a steady rise of 2%.

The plans for the upgrade were first introduced in 2015 underneath the name of Metropolis – it includes Byzantium scalability update and Constantinople which should be released in 2018. The latter will likely involve the change in Ethereum’s mining process, a long-discussed switch from proof-of-work to proof-of-stake:

“Metropolis is a planned Ethereum development phase that includes two hard forks: Byzantium and Constantinople. Byzantium is occurring at block number 4.37mil. Constantinople does not currently have a release date, but is expected in 2018.” 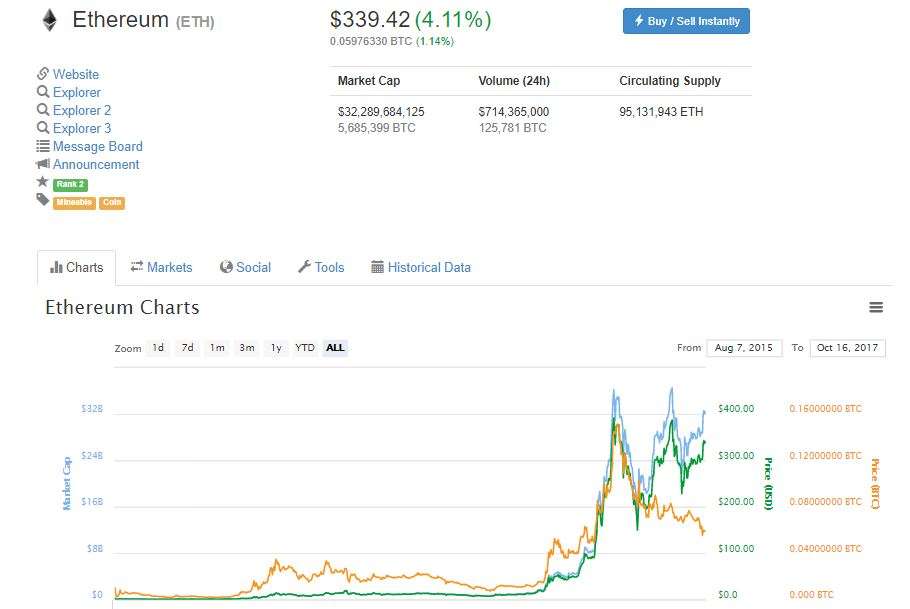 The upgrade was designed to make the Ethereum network run faster, with a higher transaction capacity and improved security protocols for smart contracts and network’s privacy.

There have not been many disagreements from the network regarding the update, and there were no predictions about the hard fork resulting in a separate altcoin. Unlike with one of the previous hard forks that ended in creating Ethereum Classic.

Mining on the old Ethereum blockchain has been almost discontinued, which gives a yet another indication of a low chance of introducing a competing to Ethereum cryptocurrency as a result of the hard fork.

There is still a significant number of old nodes to be upgraded but if anyone is mining the old Ethereum, is probably doing it at a high price. The latest details of the upgrade have only been given to the developers shortly before the fork was activated, which resulted in developers and node operators working around the clock to get the updates out on time.

Nonetheless, the update is one of the first significant upgrades to the network since the price and interest around Ethereum skyrocketed this year.

Even though it is still early to doom the success rate of the fork that has been executed only a few hours ago, developers agreed on the upgrade running smoothly so far. The software is now stable and is steadily introduced across the distributed network.

The network, however, needs an adjustment period as some of the blocks are currently mined as quickly as 1 second, while others can take up to a minute – considerably longer than an average of 25 seconds per block, according to the Ethereum fork tracker.

The good news, though, is a high number of transactions going through the blocks, but without slowing down the network. This means that Ethereum could potentially grow without the scalability issue like before.

The developers are currently celebrating the smooth introduction of the Ethereum Byzantium hard fork on social media.

Apart from minor fluctuations, at press time the current Ethereum value at CoinMarketCap is at $340, with a prediction to go up even further before the second phase of the Metropolis update.