First Binance, now OKEx is also coming to Malta. Be that pure speculation, or actual concrete fact will be confirmed in time.

I say so because like many of us know, plenty of times have companies come up with ridiculous announcements which later turn out to be misrepresented, fizzle out or are downright false – take the recent speculation of Ripple (XRP) coming to Coinbase.

However, it’s now undeniable that many players in the blockchain space are biting or at least nibbling at the bait tossed by the Maltese Government in the last 6 to 8 months. Kudos to them.

It takes a considerable amount of effort for this little spit of land to come into the limelight in such short time; much like a seemingly talentless dwarf might shine at Britain’s Got Talent to everybody’s amusement (or bemusement in case of the other traditional big players).

This again cherishes the fact that in the age of the internet and the decentralised world even the little guy has a chance – so Congratulations Malta!

Outside of the visible academic discussions behind the obvious conundrum of how to regulate or tax blockchain related projects – which is a discussion for another time, the solution for you and I lies very much in these very problems.

Many people are constantly thinking about reinventing their career or moving on to greener pastures, but this does not necessarily mean that one is duty bound to become the next Vitalik and spend sleepless nights studying the code and what not.

Blockchain is not so much about coding than it is about rules and the enforcement of such rules through code. That being said there are some jobs and talents which you might currently possess which may be the exact fit that this new industry needs. 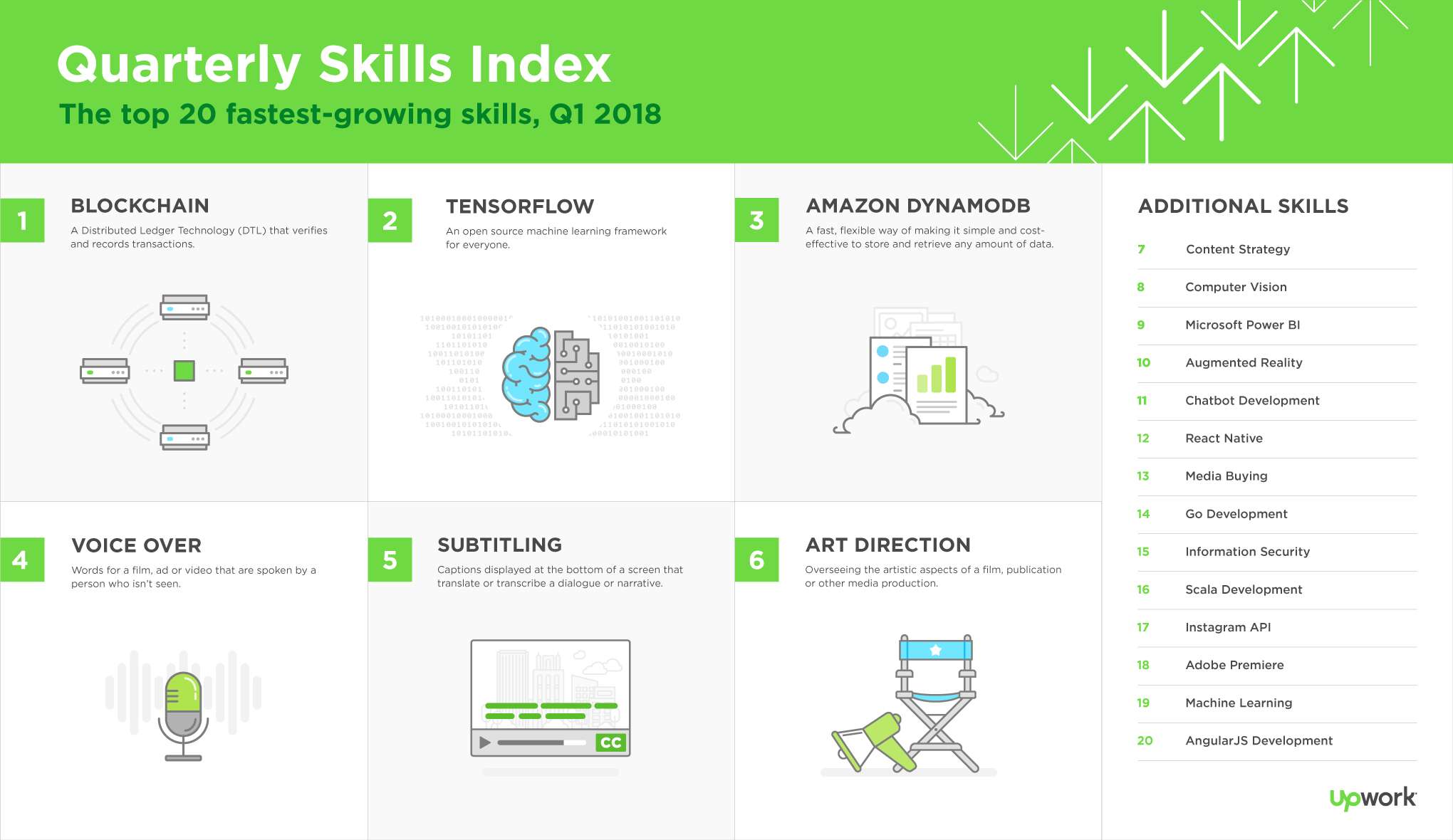 Coming from the legal background, I can assure you that lawyers will exist until there are two people left on this planet.

That being said, in this new industry the need for lawyers and lawmakers which are competent in regulatory matters will always be welcome. This realm is open to even the newly grads without virtually no experience, why?

Because as a fundamentally new legal regime, there is simply not much precedent, and with little precedent comes a body of laws that is short, easy-ish to learn and does not belong not overly saturated market held by age-old trilobites who’ve cemented their role in the industry for the past couple of decades.

Same as lawyers, the need is self-evident and will become more so in the near future.

The current wild west of cryptoland is going to come to an end one day, and concepts such as ICOs being based purely on a pipe-dream white paper without any financial projections or an audit trail will be considered an outright joke (which it is already).

Whilst the drafting of rules on taxation and auditing take way more time than any other law the Government may hope to implement, the need to do things the right way will become increasingly evident over time.

In Malta’s case, our case has always been corporate taxation, and the same thing will be with the blockchain industry. Looking into the in’s and out’s of how to audit and keep track of the unconventional legal fictions/realities that come with decentralised projects, exchanges, ICO’s and the myriad of other things will come in due time will inevitably turn a good return in time.

Like any bane to one’s existence, the field of Compliance and Anti-Money Laundering will long remain there to antagonise anyone who wants just to do their job. For better or for worse the blockchain industry will be attracting people from this area like no other.

This is mainly because the compliance aspect will have a coding facet to it. So whilst before this field was restricted to lawyers and other regulatory oriented professionals, the cold, bony hand of compliance will also begin to find its way into the realm programming itself for those projects that are regulated.

On the other side, AML, much like the hydra, will also sprout a few new heads to deal with the anti-money laundering risks that come with ICOs, airdrops, exchanges and just general payment with crypto.

Whilst, I remain perplexed as to how this is going to be effectively possible in the long run (another discussion for another time) you may have a jolly good time enforcing it while it lasts and also trying to figure out how to unravel this yarn ball whilst getting paid for it.

The 21st century is the century of techies. They won. The opportunities here are limitless. So much so that even if you’re a complete laggard and don’t want to bother learning how to make your blockchain or learn to code in some specific smart contract language such as Solidy (for Ethereum), there is a dozen of projects that are catering to your laziness.

Projects such as Stratis, Lisk and Neblio are creating blockchains that have integrated traditional languages such as .Net, Java, C++ and Python in their protocol – lucky you.

For those of you who aspire to learn coding in the first place, much like many of my technical friends inform me, JUST DO.

Stop waiting for your university to prepare some off the shelf course of blockchain and go out and learn and find out what you want to learn. One good step would be to check out the beginner’s course of Ivan on Tech. This Swedish YouTuber/coder will be delivering an online course covering the basics of coding up to smart contract programming on Ethereum, Nem and EOS.

People operating in the customer service industry will have a good time dealing with customer support, back-office admin and other less advertised but still fundamental aspects that come with running any business.

Naturally, since the requirements are pretty baseline, which is more likely to get the job, the guy who knows what POW stands for or the one who thinks that he’s heading to a concentration camp?

Because who doesn’t want to make money?

Whether self-taught or otherwise, new markets mean new opportunities. That being said, trading for yourself is not the same as trading for others and to use the Glengarry Glen Ross famous reference, it takes a ball of brass to handle the risk associated with crypto markets, and balls of steel to do it on behalf of other people as a service.

That being said, whoever is up for it will soon see the space cut out for them. As the evolution of crypto as a financial instrument continues, so too will other tradable instruments emerge, from professional investor funds to derivatives and ETFs.

Custody of crypto remains an issue for adoption, and people lack the intellectual/technical stamina to take responsibility for their funds. If ever this space will see mass adoption it will because there are facilities that integrate certain comforts of the traditional banking system into the crypto world.

Therefore, the concept of a crypto-bank or custodian that would shoulder the responsibility and risk of merely holding your coins might not be so farfetched. Or crypto-insurance for that matter.

That being said, expecting your mother to store her entire life savings on a cold storage device the size of a tic-tac box is as reasonable as hoping Bitcoin to reach 100$K next month (fingers provisionally crossed anyway).

I leave this last section (but certainly not least) to the pioneers who have been around from day one but also some recent entrants to the crypto space.

Many of these people have spent hours on end researching, using and experiencing blockchain and the crypto markets for their interest, for the community or out of sheer folly. Today many of these people are committed to spreading the good word of the decentralised raison d’etre to the world and do so through sharing knowledge and broadcasting it through social media.

Much of what I learnt today comes off of those rambling videos of Andreas Antonopoulos and many of the other YouTubers, not to mention all the other crypto personalities who take to Twitter, Reddit, Medium and Steemit.

All these individuals help grow the community and educate people in a world where being able to find easy ways to explain complex thing is an underappreciated art. Anyone who feels they can contribute to this vision does so because they feel they are part of something bigger and their conscious effort will be rewarded in time through the benefits that bitcoin and blockchain profess for the future.

Anyone who’s got their vision of crypto and how their skills and expertise marry the concept may find value in bringing their message across and educating this ever-growing mass of followers.

Read more about Blockchain and Cryptocurrency Regulations in Malta.

Bitcoin Cash Price Prediction 2022-2025: What Can This Hard Fork Achieve?