A lot has been going on regarding cryptocurrency and blockchain technology around Europe in the last few months. Surprisingly, the countries which openly speak about the issue of cryptocurrency are some of the smallest European nations: Austria, Malta and Estonia.

Malta has recently released the National Blockchain Strategy, outlining what the government can do to support with the transition. Estonia has just introduced e-Residency to help political refugees with acclimatisation and settling down.

But amongst all three of them, Austria is the most crypto friendly and is pioneering the blockchain way for others. From being a home to the biggest European blockchain hub in Gatz to selling cryptocurrency vouchers in all post office outlets.

Bite My Coin has recently interviewed three Austrian experts from different fields to find out what is the perfect recipe for a crypto-success.

The Relationship Between Austria and Cryptocurrency 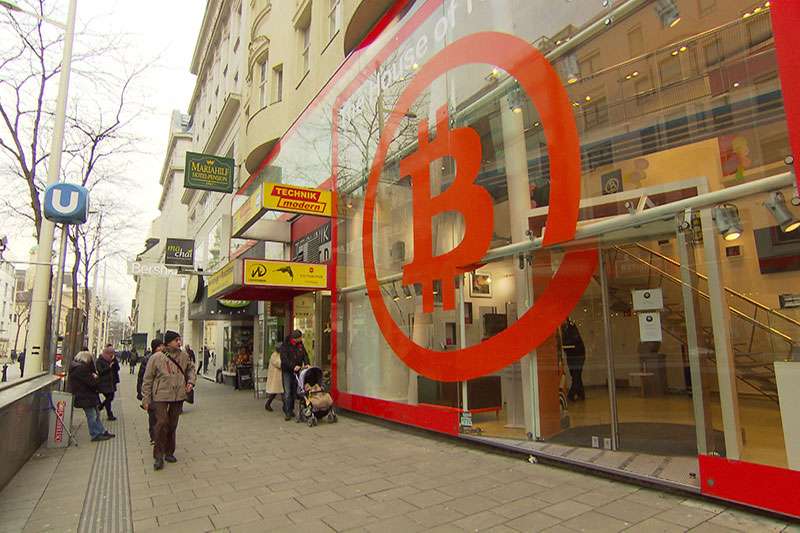 While it’s hard to pinpoint the date, the Austrian Bitcoin community has started booming after the installation of the first Bitcoin ATM in Gatz by a local company Coinfinity.

They’re responsible not only for bringing the first Bitcoin ATM but also for creating a Bitcoin Embassy where anyone can walk in and ask questions about Bitcoin. With time, this innovative concept has evolved into a one-stop-shop. Nowadays, Coinfinity provides Bitcoin consulting services, educational talks and support to merchants that are looking into accepting Bitcoin.

But what initiated the Austrian Bit-action? And as it turned out… It’s the fact that nothing has happened so far. As Max Tertinegg from Coinfinity explained:

“Actually, the reason for that [Austria becoming cryptocurrency friendly] is that nothing happened. In Austria, the Financial Market Authority is very loose on regulating Bitcoin.“

In comparison, neighbouring Germany has strict laws regarding trading and buying cryptocurrency. While Bitcoin is legal, it falls underneath the regular taxation and purchases with Bitcoin must be paid with VAT.

In Austria, on the other hand, the cryptocurrency legislation still hasn’t been defined. Some might think about it in a negative light but thanks to that, it allowed many entrepreneurs to set up their blockchain-orientated businesses in Austria:

“Many companies in Austria provide Bitcoin payment support today. Official statements from the financial market authority and tax authority, aiming at legally categorising Bitcoin and its characteristics have also been published recently. This progress helps Bitcoin to be accepted at stores, as they are put within the existing legal framework. All these circumstances help Austria to become more Bitcoin friendly.”

One of these companies is Minebox – a new generation of NAS storage, entirely based on blockchain technology. The founder, Vlado Petrushev, shared with us that one of the driving forces behind settling down in Austria was the country’s forward-thinking attitude:

“(…) I think the Austrian government tried to really understand this technology and there is synergy where they cooperate with Bitcoin industry experts. We got supported by several state funding agencies from Austria.”

Apart from doing what any other crypto exchange does – trading cryptocurrency – it strives to do it in the most secure way that is possible. If you want to buy one of the biggest cryptocoins in a large quantity, you have to go through a video identification and present an official ID. Even though the process compromises the anonymity level, it increases the security.

BitPanda has also made cryptocurrency more available to people who aren’t tech savvy but want to invest. Since July 2017, post offices around the country sell cryptocurrency vouchers that can be bought with cash or card and exchanged for crypto money via BitPanda exchange.

When we asked Arthur Stadler, one of the founding partners of a law firm Stadler Völkel, about the changing attitude towards cryptocurrency, his reply was surprisingly straightforward:

“In the past months, many people have started to inform themselves about Bitcoin and other cryptocurrencies. There is a growing community in the field of cryptocurrencies that can not be ignored by financial institutions or the EU. The considerable interest of the media, in this case, is explained by the extremely volatile development of BTC value. Many people who had invested in Bitcoins before gained a big amount of money overnight, causing headlines everywhere in the newspapers.”

The Future of Cryptocurrency in Austria

It’s true that Austria has gained a lot of media attention due to its friendliness towards Bitcoin.

The law, so far, has also been in favour of cryptocurrency in Austria, giving it freedom and room for an entrepreneurial expansion. But… That might change soon.

From 2018, Austria’s authorities will be working on introducing a new law that may harm cryptocurrency:

“In Austria, on the other hand, the Financial Authority says that we can’t regulate Bitcoin because we don’t have that kind of laws. Bitcoin is not a national currency; we don’t have a right to regulate it. It’s kind of unregulated area. (…) But this might change in the next few months due to the new anti-money laundering regulations.“

From the financial point of view, cryptocurrencies should be regulated. It’s not just about the taxes, but more importantly, it’s about illegal activities that attract the use of cryptocurrencies. But the key is not to ban them or put a negative spin on cryptocurrency and blockchain technology.

Creating a coherent and compelling strategy, however, is a more efficient and long-lasting solution.

Arthur Stadler has closely worked with the Austrian government on the establishment of The Blockchain Roadmap for Europe. It aims at promoting Austria as a blockchain and crypto business location, but at the same time, it introduces nine concrete measures in the field of cryptocurrency:

Having a solid strategy provides a reassurance and a plan for a further development of cryptocurrency, and it draws a clear picture of Austria’s intentions.

By taking this direction, Austria is showing its confidence in understanding both cryptocurrency and blockchain technology.

It is not about being forward-thinking anymore; it is about being realistic. And Austria is doing precisely that. It is acknowledging the progress in modern technology and showing the entrepreneurial spirit for potential businesses.

Special thanks to Max Tertinegg from Coinfinity, Arthur Stadler from Stadler Völkel Attorneys at Law, and Vlado Petrushev from Minebox, for answering all of our questions and sharing their valuable experience with us!

What are your thoughts on Austria becoming crypto friendly? Do you agree with the proposed strategy? Give us your opinion in the comments below and if you enjoyed this article – share it with others!