Petro Gold would be the Venezuelan cryptocurrency backed by gold and other precious materials.

The announcement came only a few days after another cryptocurrency – Petro, which on the other hand was backed by oil and has raised $750 million since its launch.

In his speech, Maduro said:

“Next week I’m going to launch the Petro Gold, gold backed cryptocurrency, which is even more powerful, that will strengthen the Petro.”

What Do We Know So Far? 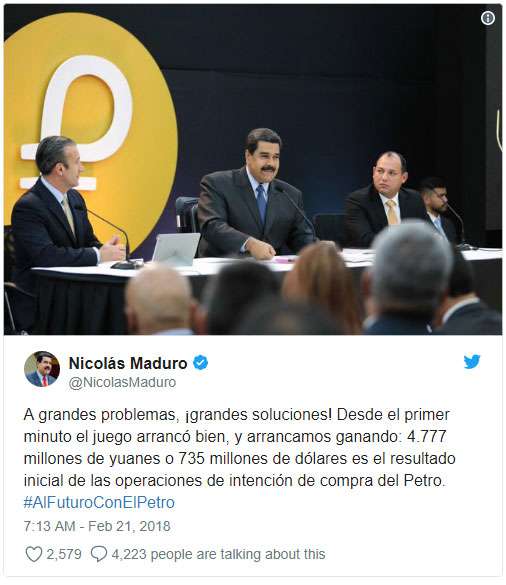 The president of the collapsing social economy in Venezuela was extremely optimistic about the launch of Petro – claiming the coin has raised over $750 million, but he wasn’t able to give a proof.

The only issue is, the oil allegedly backing each token has yet to be drilled, and the country is currently in the throes of an extreme economic crisis.

But, this doesn’t seem like a problem to Maduro.

Riding of what seems like his own success, Maduro has decided to launch another crypto-coin – Petro Gold.

While the concept of gold-backed cryptocurrency is not new (RMG in Britain) it remains unknown whether or not the precious metal has already been excavated from the ground.

Unknown are also the details of how to invest in Petro or whether it will be available on cryptocurrency exchanges in the future. 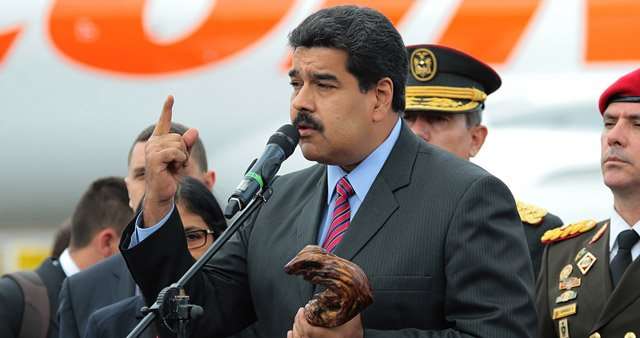 It seems like a rapid decision to launch two national cryptocurrencies within a week, but Maduro hopes that the digital currency would help the country prevent the hyperinflation and avoid the US sanctions.

However, Maduro’s excitement about cryptocurrency is unsurprisingly not shared by the opposition.

The opposition leaders believe it’s just one of the ways of escaping the country’s dire economic situation and that the national cryptocurrencies won’t attract many blockchain enthusiast.

There’s also another angle – investors might get themselves into legal trouble if investing in Petro as the U.S. Treasury Department has already claimed that Venezuela’s cryptocurrency potentially violates international sanctions.

One of an experienced cryptocurrency investors – Sean Walsh – told Reuters that Petro is speculative at best:

“Rather than buying a cryptocurrency backed by gold, I’d just go buy the gold. Gold is a physical thing that you want to be able to hold in your hands, because that’s the point.”

The South American country has a long history of economic difficulties, with national fiat currency devaluing to almost 99 percent.

The financial past of Venezuela simply doesn’t sound encouraging to invest regardless of it being cryptocurrency or fiat.

It’s also worrisome that the government has previously expressed its doubts towards blockchain technology but is suddenly supporting cryptocurrency.

The lack of official information is also not helping with building the trust towards the currency.

What are your thoughts on Petro Gold – the Venezuelan cryptocurrency backed by gold? Would you even consider investing in it? Let us know in the comments below!