Sirin Labs, the company behind a $16,000 luxury Solarin phone, has just announced the new smartphone project based on blockchain technology.

The first blockchain technology smartphone – IOTA smartphone – will be significantly cheaper to its predecessor, priced at $1,000. It is designed for blockchain/cryptocurrency followers, and the feeless IOTA technology will support it.

‘Finney’ is aimed at a niche, crypto orientated audience of early adopters who are expected to be lured by its bulletproof security features.

The smartphone project from Sirin Labs is just a beginning of creating an entire family of ‘Finney’ devices that will be a secure, open-source, electronics for the blockchain era customers. 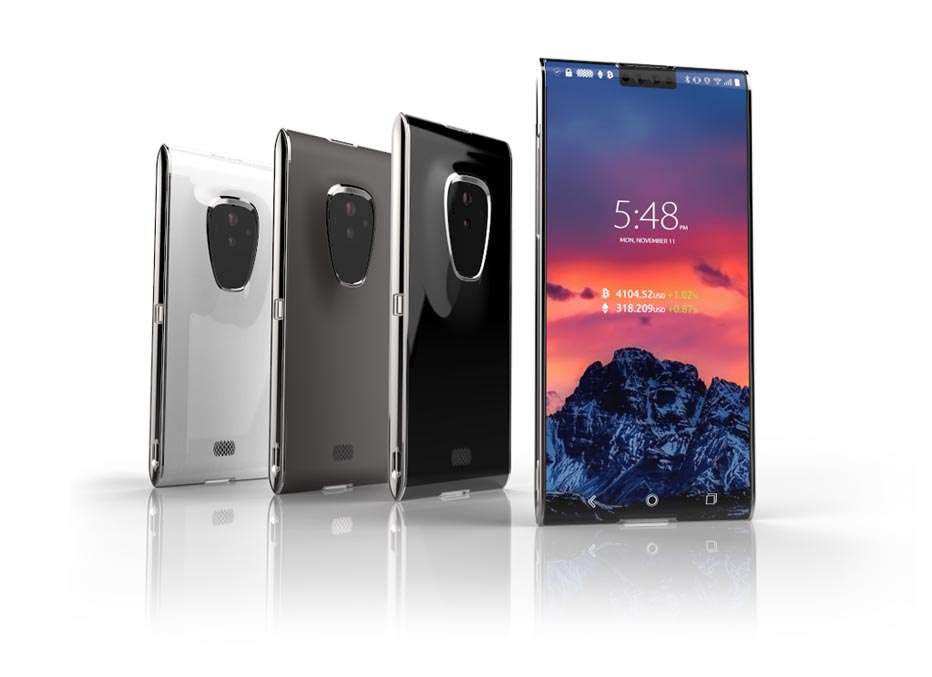 The phone will be named after the scientist Hal Finney who was the first recipient of a Bitcoin transaction. The new smartphone will be based on an open-source, secure network that will run on a blockless Tangle technology, powered by IOTA.

Unlike most smartphones, ‘Finney’ will come with a 256GB internal memory, 16-megapixel camera and impressive security features. Thanks to blockchain technology, the security measures will be more robust than traditional smartphone protection, it also guarantees a much higher memory capacity.

The phone will be equipped with a physical security switch, a behavioural-based intrusion detection system and blockchain-based inference system. So, in theory, the phone will be almost impossible to hack.

The smartphone will be the first product to come from underneath the ‘Finney’ family. There are already plans on building a PC that will be capable of wireless data sharing, battery power and processing power. 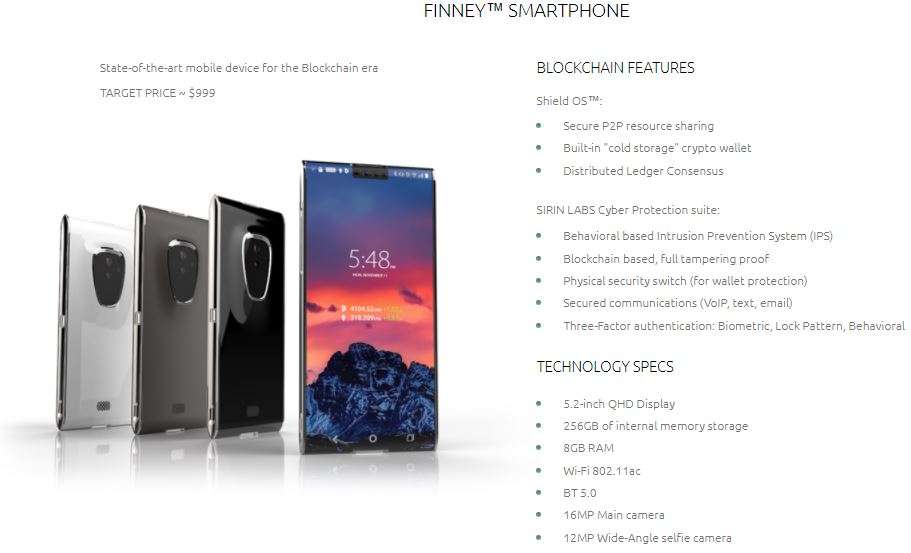 Sirin Labs is launching a crowdsale in October 2017 with a hope to raise funds for the network development. It will operate without mining centres and blocks that can clutter and slow down the data transaction process.

By using the default SRN token as a native currency, the network will run on a Sirin operating system, designed on purpose to support blockchain applications, cryptocurrency wallets, with an extremely high level of security. Only SRN token holders will be able to purchase the device.

IOTA is the newest blockchain technology invention, focused on free machine-to-machine payments that fuel IoT. If you don’t own IOTA yet, you can buy it with USD or BTC on Bitfinex.

The crowdsale details of IOTA smartphone should be released later on this month.

What do you think about the first blockchain smartphone by Sirin Labs? Do you think it will be a success or will it repeat the failure of Solarin phone? Let us know in the comments below!