The EC Vice President encouraged European leaders to invest in the development of digital technologies, Blockchain and artificial intelligence (AI) as they are the future of the world we are living.

The agreement will create a path for an EU-wide Digital Single Market to promote the new technology.

According to the official press release, the Partnership will be:

“a vehicle for cooperation amongst Member States to exchange experience and expertise in technical and regulatory fields and prepare for the launch of EU-wide [Blockchain] applications across the Digital Single Market for the benefit of the public and private sectors.”

Other members of the EU and the European Economic Area are also invited to join. 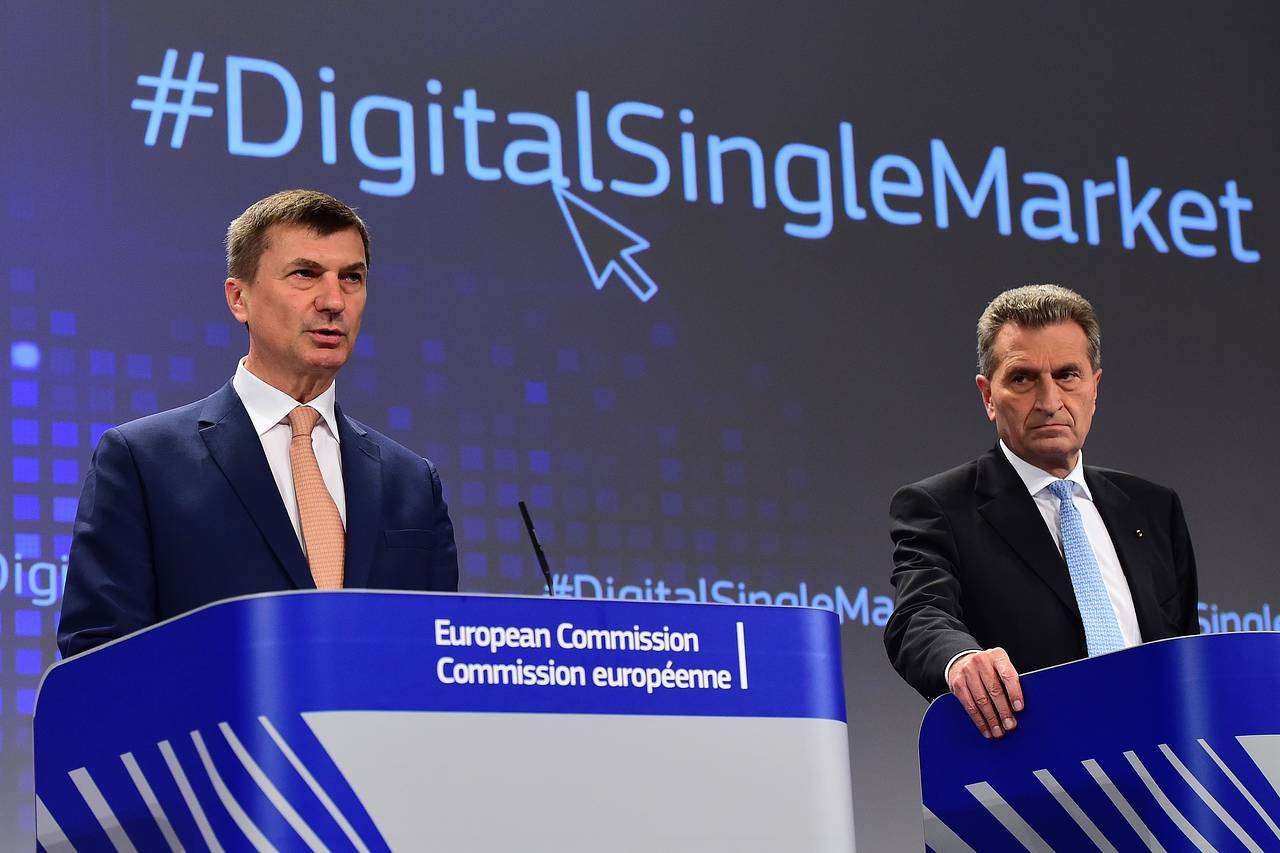 Blockchain Technology has already been used worldwide in the financial sector, but the Partnership looks beyond that and focuses on adapting it and integrating it with digital services in the coming years.

Member countries will share not only their experiences but also the expertise in the emerging technologies to enforce the Digital Single Market and benefit both the public and private sectors.

The ultimate goal of the partnership is to ensure that Europe stays at the forefront of blockchain technology and continues the research on Distributed Ledger Technologies.

The European Union has always been struggling with a fragmented approach from single countries, often affected by their local economy and political agenda.

The Digital Single Market, however, will prevent that from happening.

Instead, the Partnership will give all members an equal input to creating an enabling ecosystem that supports full compliance with EU regulations, and that will encourage blockchain-based services to succeed across Europe.

Furthermore, one of the most significant advantages of blockchain technology is the ability to promote trust without third-party involvement.

It gives the member countries an opportunity to share information and record transactions verifiably and securely, without a risk of being exposed.

Blockchain Technology Beyond Cryptocurrency and Banking

The Commissioner for Digital Economy and Society, Mariya Gabriel explained the potential of blockchain technology to be integrated into existing industries:

“In the future, all public services will use [Blockchain] technology. Blockchain is a great opportunity for Europe and Member States to rethink their information systems, to promote user trust and the protection of personal data, to help create new business opportunities and to establish new areas of leadership, benefiting citizens, public services and companies.”

Earlier this year, the EC has launched the EU Blockchain Observatory and Forum – one of the greatest gatherings of worldwide experts on blockchain and DLTs.

Since then, the EC has invested more than 80 mln euros in blockchain-related projects, with around 300 mln euros (around $371 mln) to be allocated for blockchain development by 2020.

Some of the projects that have already been founded include MHDMD — a blockchain for ehealth — and DECODE, a tool helping individuals to keep their data private or share it for the public good.

After the European Blockchain Partnership has been officially signed, the question of how blockchain will be implemented on a larger scale got its partial answer.

Member states can now work together on introducing the new technology into their ecosystems and fulfil the real mission of DLTs – make information and records easily accessible anywhere at any time.