In the recent wave of cryptocurrency exchanges leaving Asia, Bitfinex is the next one to join the bandwagon.

Bitfinex is moving to Switzerland as reported by Handelszeitung.

The fifth-largest cryptocurrency exchange by 24-hour trading volume is forced to move its operations from Hong Kong due to new regulations being imposed.

While no official information has been released yet, Jean-Louis Van der Velde, CEO at Bitfinex, told the Swiss newspaper:

“We are looking for a new home for Bitfinex and the parent company iFinex, where we want to merge the operations previously spread over several locations.”

Amongst other locations, Bitfinex is also considering London, but Switzerland remains as the top choice for the time being.

If the move is successful, Bitfinex could also establish its parent company iFinex as a AG (Aktiengesellschaft) – German public limited company. Bitfinex’ subsidiary wants to trade on a public stock exchange but it cannot proceed from its current location, the British Virgin Islands.

Bitfinex has been previously criticised for establishing iFinex – a parent company of Tether, a token that is pegged to the US Dollar. However, no official audits have been performed yet and Bitfinex has been reluctant to comment on this matter. 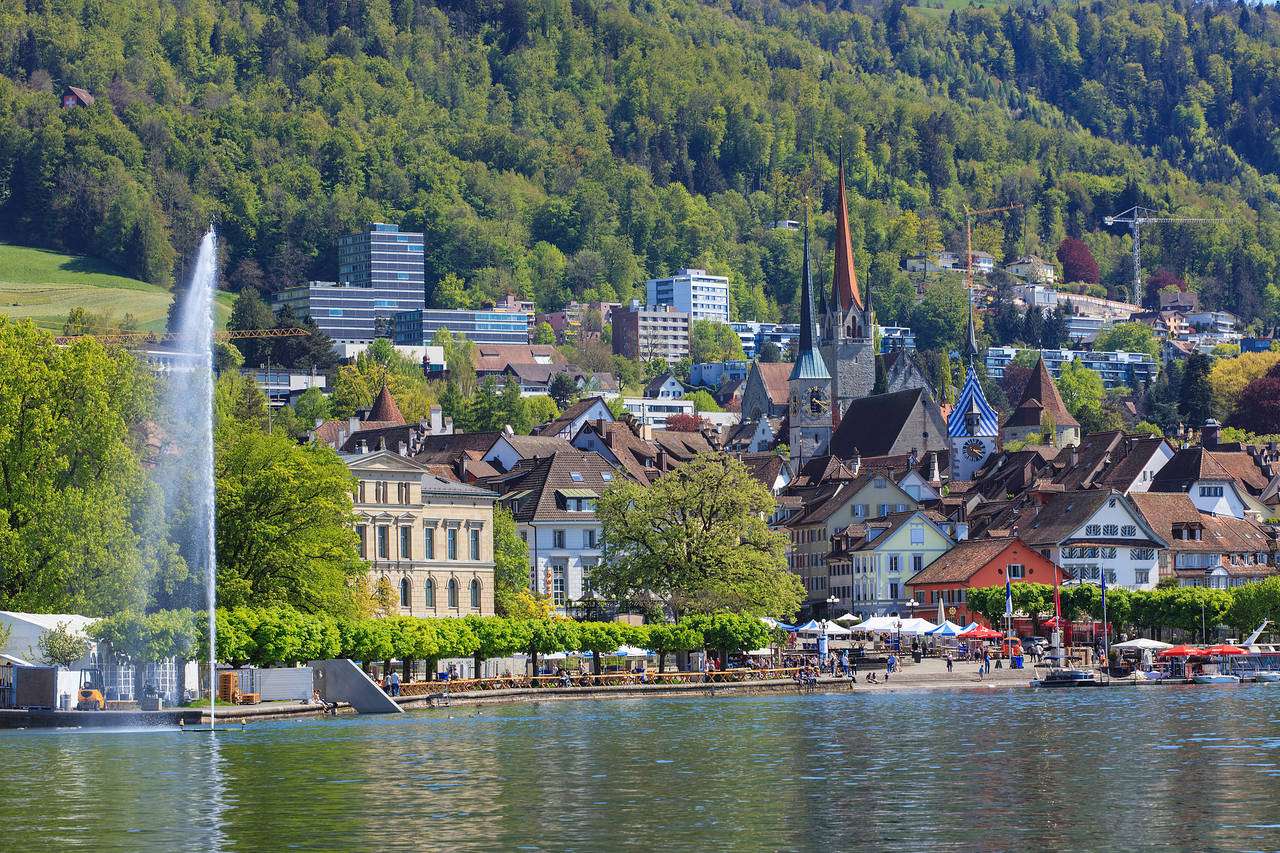 Despite trading close to half a billion Dollars on a daily basis, Bitfinex has been a victim of multiple hackers’ attacks and its operations have been somewhat cloudy so far.

Adding to its ambiguity, Bitfinex and Tether have been cut off from banks in the U.S. and Taiwan. The exchange has been left to move among a series of banks in other countries, without informing their customers.

Moving to Switzerland, however, would add the much-needed transparency, Van der Velde added:

“We want to be the most transparent of all exchanges and meet the requirements of the Swiss regulator.”

Switzerland is one of the most crypto-friendly countries worldwide and as a home of several initial coin offerings (ICOs), it has become synonymous with forward-thinking approach to Distributed Ledger Technologies.

One of the local towns, Zug has unofficially become “Crypto Valley.” Bringing Bitfinex to the country could attract more blockchain businesses to Switzerland, and in exchange, Bitfinex’ Tether would receive a more friendly attitude.

While Bitfinex is moving to Switzerland, another prominent cryptocurrency exchange, Binance has announced moving to Malta.

Read more in our our Bitfinex Review.