Less than a month ago, Bitcoin went through a historic moment and split into two separate currencies: Bitcoin and Bitcoin Cash. So it seemed like Bitcoin was going towards the new direction and was going to get a long-awaited update.

Cryptocurrencies are experiencing an identity crisis at the moment which has started with Ethereum last year and it seems to continue. Bitcoin will go through another hard fork in November, splitting into the third new digital currency. Yes, Bitcoin is forking, again.

In this year alone, we’ve seen Bitcoin price oscillating from $1,000 at the beginning of the year to over $4,000 in August. So the mother of all cryptocurrencies has gone through a lot in the last few months.

If you’re still confused, here’s the brief of what has recently happened to Bitcoin:

#1 The dispute over the future of Bitcoin has started in November 2016.
#2 Bitcoin split into two currencies: Bitcoin and Bitcoin Cash in August 2017.
#3 After the first hard fork, a group of developers urged for another solution – a new altcoin combining the best of two Bitcoins. This will result in the third hard fork in November 2017.

Why Did Bitcoin Go Through a Hard Fork 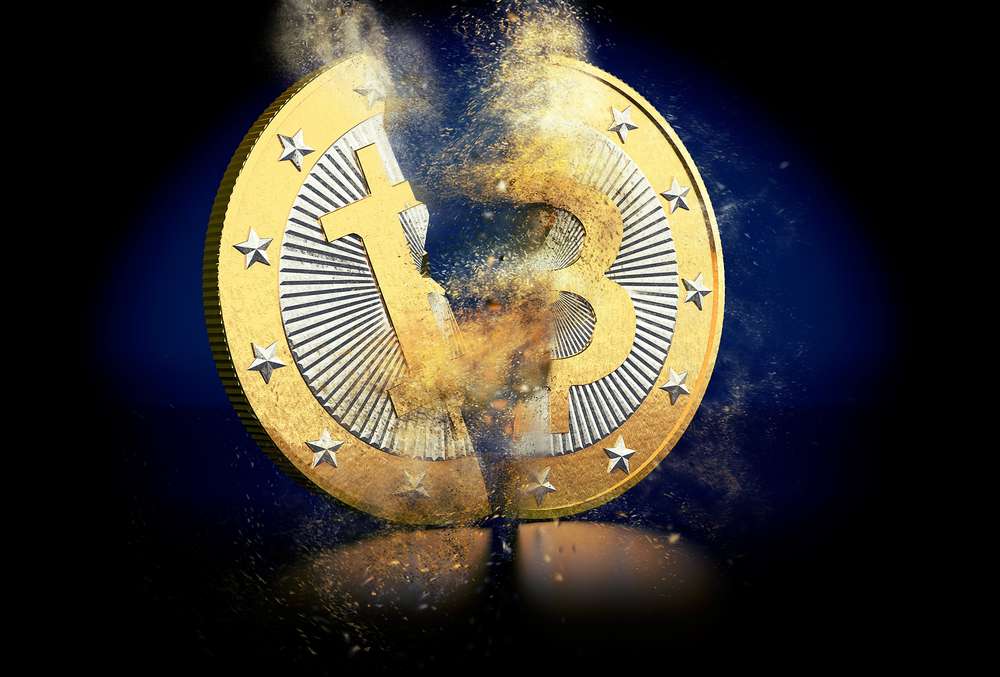 Bitcoin has been in a desperate need for an upgrade for the last few years. With the increasing popularity and demand, the network couldn’t cope with the growing interest.

Competing cryptocurrencies can process a transaction within few seconds, Bitcoin needs at least 30 minutes, which requires an extra payment, and to get a quick confirmation, users have to pay extra. Otherwise, it can take up to few hours.

This has created a backlog of transactions as well as a mining privilege. Cryptocurrency, which should have been decentralised and equally available to everyone, became not only extremely expensive to buy, but also to mine and used a method of payment.

If anyone expects Bitcoin and cryptocurrency payment to be fully integrated within our society and business, the network must be ready for increasing transactions and has to be able to process them as quickly as credit/debit card payments. And it’s far away from reaching that stage.

It all sounded great and it looked like Bitcoin has finally found a solution. What’s more – implementing SegWit would have been a soft and slow transition, during which everyone would have time to upgrade the network and the mining equipment.

But a group of developers believed that there was a better, more efficient solution, which would allow transaction blocks to go up to 8MB – Bitcoin Cash.

To be able to move on with any of the proposed updates, miners had to decide for a hard fork. Meaning, a group of miners broke off from the original Bitcoin and created their own altcoin, while the other side showed support for the SegWit upgrade.

After SegWit was approved and Bitcoin Cash launched, miners had 2 weeks of ‘grace period’ to upgrade their software. The waiting game was over on August 22 and this is when the news about the second hard fork came to daylight.

The second hard fork will mean that there will be three different types of Bitcoin:

After the first split, Bitcoin Cash went through ups and downs in price and certain mining difficulties. But the price of original Bitcoin skyrocketed and reached an all-time high.

The problem with a yet another split is the understanding of which Bitcoin will be considered as the original ‘true Bitcoin’? This issue spurred a debate within Bitcoin community and it will definitely have an impact on the future Bitcoin price.

Each of them will carry the transaction history from 2009 and carry a resemblance to the original Bitcoin code from 2008. But which one will be the ‘real’ one it’s impossible to tell. It will be the community and price of one of them which will determine the currency’s strength and power.

As Bitcoin will go through another hard work in two months, it’s better to hold off your investment for the time being. Bitcoin may be on a rise until then, but eventually, it will have a dip, bringing a gold opportunity to invest.

There are speculations that after the second split, Bitcoin could reach up to $5,000 or more and regain network’s confidence.

What are your thoughts on the current events happening around Bitcoin? Which Bitcoin would you support? Let us know in the comments below!

Bitcoin-as-Payment Is Seeing Early Adoption in These Industries

THE ULTIMATE GUIDE TO SUCCESSFULLY INVEST IN ALTCOINS & ICOs

Download this free eBook and learn:
1. How Cryptocurrency was invented
2. How to identify a legitiment ICO
3. What is the lifecyle of a crypto coin

Powered by Convert Plus