In the last few weeks, the value of Bitcoin has drastically dropped due to the debate about the block size. If the current issue doesn’t get resolved, it can cause a possible split of Bitcoin and result in creating two separate coins.

However, on the 18th of July, the majority of miners came to an agreement about a possible scaling solution. Over 70% of Bitcoin’s mining hashrate has signalled their support for BIP 91.

Many people who invested in Bitcoin don’t understand the problem so let’s end the confusion and explain what is Bitcoin chain split and the implications of it.

If you’re baffled about all the BIPs, SegWits and other mysterious Bitcoin acronyms – don’t worry – so was I. So let me take you through what I found the clearest way of understanding what is now happening in the Bitcoin world.

What Is The Block Size Debate 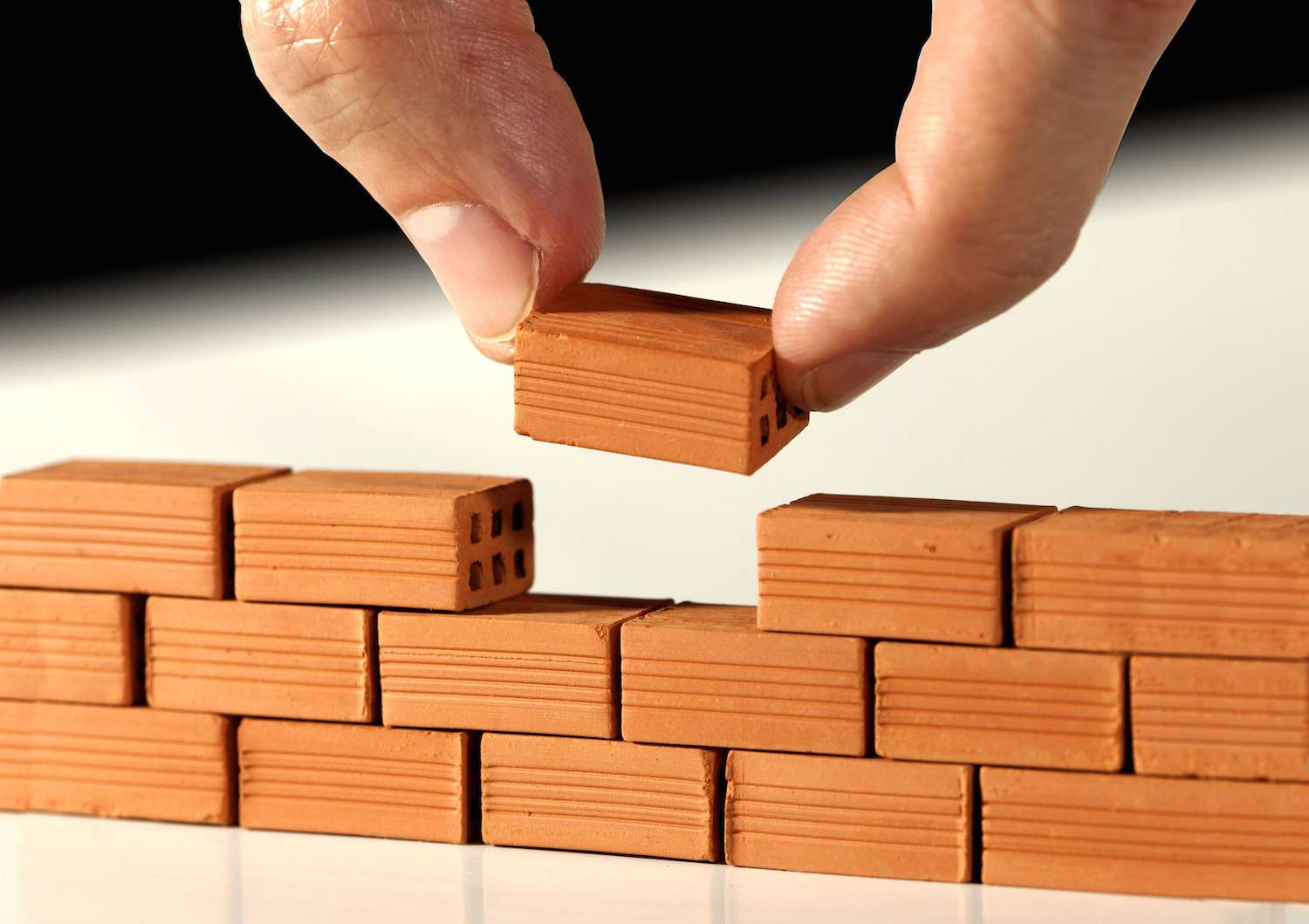 For some time, Bitcoin has had a scaling issue linked to the limited size of possible transactions.

Bitcoin transactions are recorded in the blockchain, otherwise known as a public ledger, which is formed of blocks. New transactions are confirmed by miners and added to the chain as new blocks which afterwards cannot be modified by anyone.

Bitcoin’s network was originally designed to store up to 360MB of data, but due to the DoS attack in 2010, the network was downgraded to just 1MB.

A new block is created roughly every 10 minutes, slowing down the processing time and creating a backlog of transactions that haven’t been confirmed yet. Nowadays, Bitcoin cannot meet the demand as the network can only validate approximately 12,000 transactions every hour.

In comparison, there are more or less 2,000 credit card transactions confirmed every second. So you can understand how big of an issue is the Bitcoin transaction time.

Users can now pay more fees to the miners in order to accelerate the process. This denies the original idea of blockchain and Bitcoin, which was supposed to be accessible by everyone equally.

As a result, experts and miners have started discussing the possibility of enlarging the size of blocks and introducing a fork. By doing this, the network will increase in size, more blocks will be accepted, hence the transaction speed will increase.

What Is a Bitcoin Fork 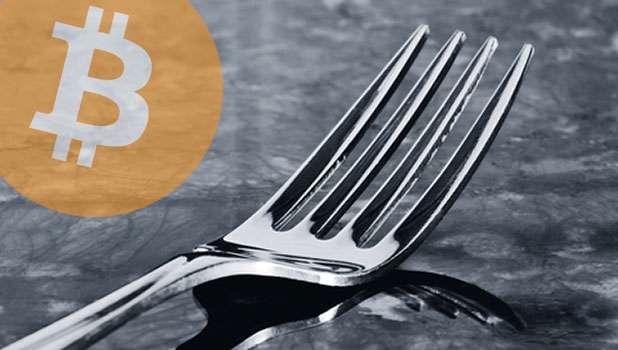 A fork is a technical term used by developers, which means a ‘software update’ – every time you update a software on your computer to the latest version, you have forked from the older version.

Within a decentralised Bitcoin network, members have to reach a wide consensus to be able to introduce an update.

The problem with introducing a soft fork would be creating just a temporary solution – old nodes won’t be able to recognise the new blocks (upgraded only for a limited period), so the transaction would be reversible.

On the other hand, a hard fork will result in a permanent divergence in the blockchain. The old nodes will never be able to recognise the new blocks, hence it would be an irreversible transaction. Introducing a hard fork will lead to splitting Bitcoin to two separate coins, like what happened with Ethereum in 2016.

Currently, there are two opposing sides: one advocating for a soft fork (SegWit) and the other one for a hard fork (Bitcoin Unlimited).

What Is Bitcoin Unlimited (BTU)

The hard fork solution – Bitcoin Unlimited – would allow miners to choose their own block size. The block could be set in a dynamic way without having to change its size.

The first issue arises from BTU being irreversible. So if it doesn’t work out, yet another hard fork would have to be introduced. It also puts more control to the network to miners who will decide about the block size.

Bitcoin Unlimited is supported by one of the biggest investors of Bitcoin, Roger Ver. This creates another concern of letting one individual introduce changes and might eventually lead to Bitcoin centralisation.

What Is Segregated Witness (SegWit)

SegWit (BIP 141) is a soft fork solution which allows an increase in the transaction capacity, without changing the blocks’ size.

Each transaction block includes a signature with data which can significantly escalate the size of the block. If the data was moved into an ‘extended block’, the transaction file would be smaller and the network faster.

The update could also fix the consistent malleability bug in the Bitcoin’s protocol and increase the security as well as the efficiency of the network.

However, it’s not a long-term solution. Eventually, we would need bigger size blocks.

It’s worth to note that SegWit is represented by the Bitcoin core team which consists of full-time developers and over 100 contributors. They’ve been in charge of maintaining and upgrading Bitcoin’s protocol since the beginning.

After the SegWit proposal, the network had time until November 16th, 2017 to signal its support. If 95% of the produced blocks would show support, Bitcoin would have SegWit.

But the direct application of BIP 141 wasn’t likely to happen. Judging by the low support from the network, SegWit wouldn’t meet the deadline.

Bitcoin Improvement Proposal (BIP) 148 is a User Activated Soft Fork (USAF) – a piece of code that challenged the implementation of SegWit.

Bitcoin’s network had time until August 1st, 2017 to signal the support of SegWit. Miners who were using the BIP 148 code were showing their readiness for enforcing new rules. While it didn’t necessarily mean a support for SegWit, it indicated miners’ adaptability for a change.

If BIP 148 was going to be introduced from August, nodes would reject any block from miners who do not support SegWit. The implication would be splitting Bitcoin and pursuing the hard fork solution.

What Is SegWit2x and Can It Save Bitcoin

Hence none of the proposals could reach majority, there was another solution – SegWit2x – which gained the most attention.

How is different from SegWit? It will implement all the changes that come with introducing SegWith but at the same time, it will increase the blocks’ size to 2MB.

The first proposal of SegWit2x came to light in May 2017 and it’s been competing with BIP 148 ever since. The new solution would avoid splitting Bitcoin into two different coins but miners were supposed to start signalling its support on the 21st of July and it would require a support of 95% of the network.

As mentioned before, the network could forget about reaching a majority for SegWit to be implemented. And BIP 148 would be activated on August 1st.

The problem was like with anything in life – the lack of time. There wasn’t enough time for testing, activation and implementation of SegWit2x.

If the support of SegWit2x wouldn’t reach the super majority, BIP 148 would come into life on the 1st of August and it would be an irreversible change. The timeline was unrealistic to achieve such a big majority and compete with BIP 148.

Hence, miners have started signalling their support earlier by using BIP 91 which only requires an 80% support of the network as opposed to 95%. Implementing BIP 91 would decrease the probability of a fork.

The activation period of BIP 91 was also reduced to 56 hours from two weeks. Should 226 blocks signal the support for BIP 91 in 56-hour window, it will lock in and set the stage for SegWit2x. 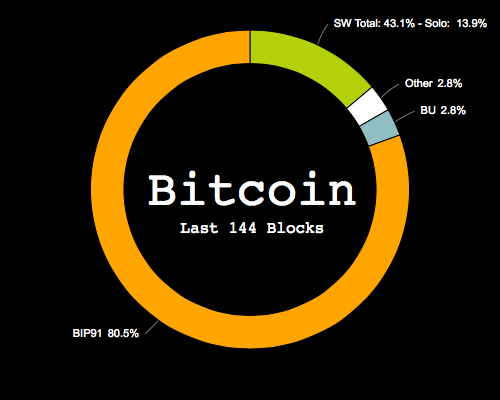 Unlike BIP 141, BIP 91 doesn’t have an established start date. So it can be locked in as soon as there is an 80% consensus reached.

Miners are now convinced to introduce SegWit2x a short-term solution while working towards a new scaling solution in the future. The extra time will give a sufficient space for testing new software and code.

It seems that we will be able to avoid the Bitcoin chain split and the implications of it. The most recent solution will increase the block size to 2MB and eliminate the transaction malleability problem once and for all. Without the risk of splitting Bitcoin into two currencies.

In less than 24h of reaching an agreement, Bitcoin price had started to grow again. Investors were reassured that Bitcoin will avoid the split and the future of the most famous cryptocurrency was finally heading towards the right direction.