Have you ever wanted to have a shared Bitcoin wallet with your partner or company? Or go for a pizza with your friends and pay with Bitcoins?

Until recently it was a wishful thinking as wallets were designed for single users only. Copay is here to change by allowing up to 12 users to access the wallet!

How does it work? Invite up to 12 people to use the wallet, share funds and nobody can spend it without first getting an approval from everyone.

So that’s obviously the best feature of this wallet but, as the Copay Review unfolds, it might be the only worthwhile feature…

Copay was invented and founded by BitPay, one of the earliest Bitcoin payment processors, in 2014. It implements Bitcoin’s protocol and enables multiple people to control the funds of a single wallet.

Anyone can request a transaction, but a certain amount or participants have to approve it. There’s a choice from 2 to 12 users, but you can use the wallet just for yourself. There’s also an option of having multiple wallets with different funds so you can invite as many people as you want.

The wallet also has a choice of two exchanges through which you can buy or sell Bitcoins – Coinbase and Gildera (The US only). You would still have to create a separate account with both of them but the wallet can directly connect you with them.

If you’re based in the US, then you can also buy Amazon Gift Card straight through Copay and redeem the later on the Amazon website.

Unfortunately, Copay only supports Bitcoin and there are no further plans on expanding to other cryptocurrencies.

Copay can be used anywhere around the world as a wallet but if you would like to connect to either Coinbase or Gildera, you would have to check the supported countries.

On the application you can choose from particular languages:

As of August 2017, Copay only offers Bitcoin. It’s unlikely it will move on to offering other cryptocurrencies as long as they’re associated with BitPay.

Since Copay works only as a wallet, you would have to confirm the accepted currency with both Coinbase and Gildera.

Copay is free to download and you won’t have to pay for anything related to the application.

The application converts your Bitcoins to the preferred currency – from Dollars to Ghanaian Cedi. Thanks to this feature you will always be able to calculate how much do you have in Fiat currency if you wanted to sell your Bitcoins.

It’s important to stress that even though it’s a shared wallet, each participant manages their own private key which isn’t transmitted anywhere. To unlock a transaction an agreed amount of signatures must be collected, once everyone sings, the last signing participant will broadcast the transaction to the Bitcoin network.

Once the first backup is done, users can set a PIN code to be able to access the wallet. It provides an extra security level in case your phone gets stolen or lost.

Copay doesn’t charge for installing a wallet or just receiving Bitcoins. But if you’re planning on sending Bitcoins you will have to include a ‘Bitcoin Network Fee Policy’.

The quicker the transaction will be processed, the more you will have to pay:

If you’re expecting to find Copay’s customer service than you have to prepare for a surprise… Copay is part of BitPay and if you ever need anything, you would have to go through them first.

There’s nothing listed on the website or application and Copay doesn’t have its own social media. You can visit their GitHub page and open an issue ticket which will be resolved within few days.

However, if you cannot find your answers in the FAQ section, you can try contacting BitPay via:

Copay’s interface couldn’t be easier and clearer. Both the website and mobile application have a modern design, minimalistic features and they’re clear to navigate.

We’ve tried Copay across multiple platforms and the application looks the same across all of them, which is great because you won’t get confused while switching between multiple devices. Just don’t forget to backup your wallet every time you exit the platform.

You can install Copay on:

Copay: Who Is It For?

Copay is great for an everyday use and keeping small Bitcoin amounts on the account. If you want it just for yourself, then there are better wallets out there with stronger security features.

However, if you need a shareable wallet, then it’s definitely your number one! Copay gives an opportunity to create as many wallets as you wish, with up to 12 users. It’s easy and quick to use between multiple people and you can transfer bitcoins between wallets with a barcode scan.

For those who have larger funds or want an extreme security, it’s not the best option. The wallet is protected only by a PIN code and word verification which you don’t have to go through all the time.

If you have a mobile app then all you have to do is insert the PIN code and you’re in. It’s not the safest way to store your bitcoins, to say the least.

Copay: How To Use It 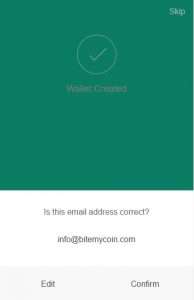 #2 Once Copay is installed, you will go through the welcome messages. 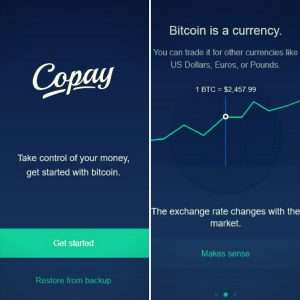 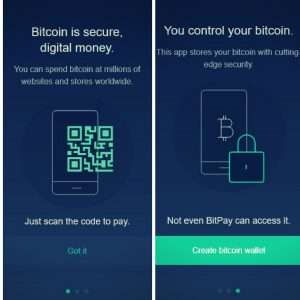 #3 Create a backup of your wallet as soon as you install it with a 12-word phrase. Make sure that nobody is around you and that your computer is malware free. 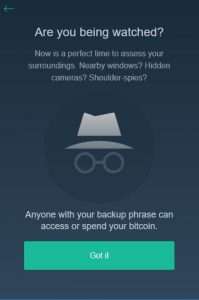 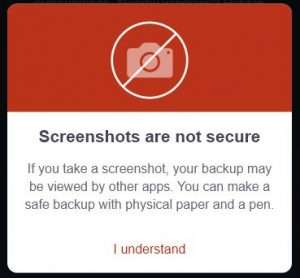 #4 After you land on the main screen, go to ‘Settings’. 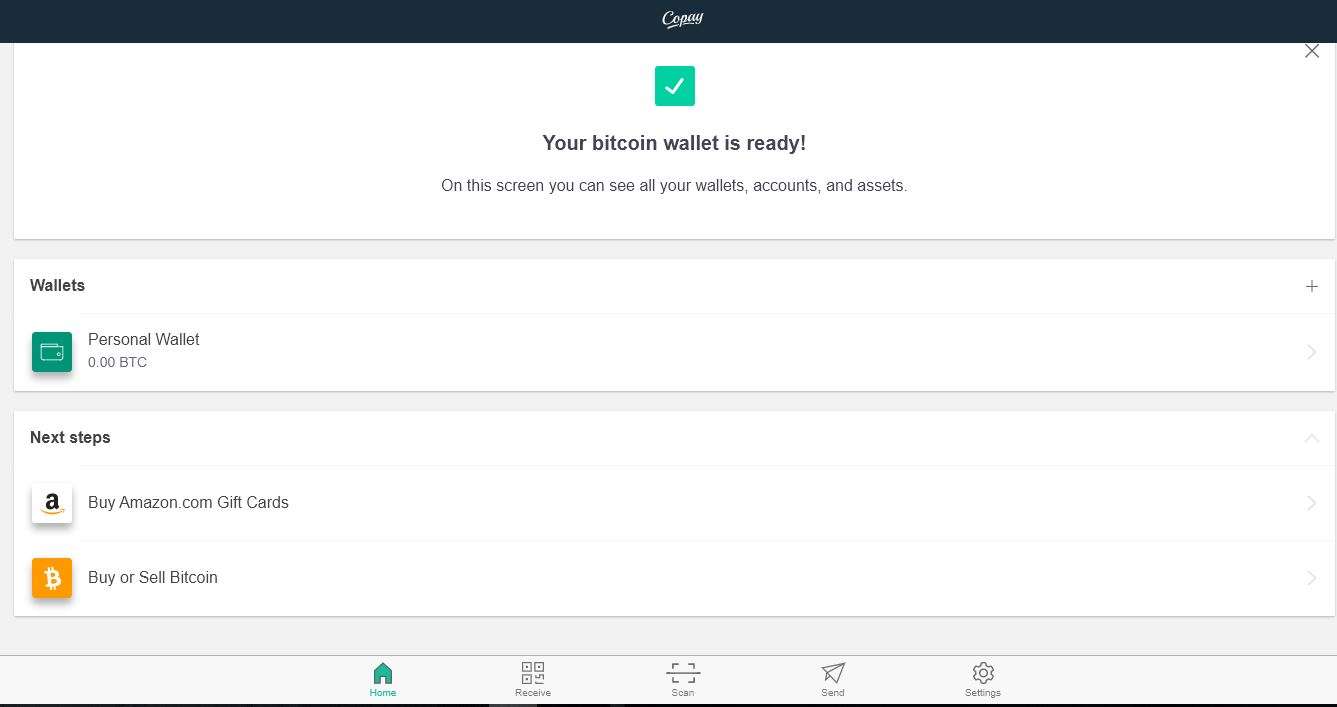 #5 Choose a preferred Fiat currency and the miner fee. 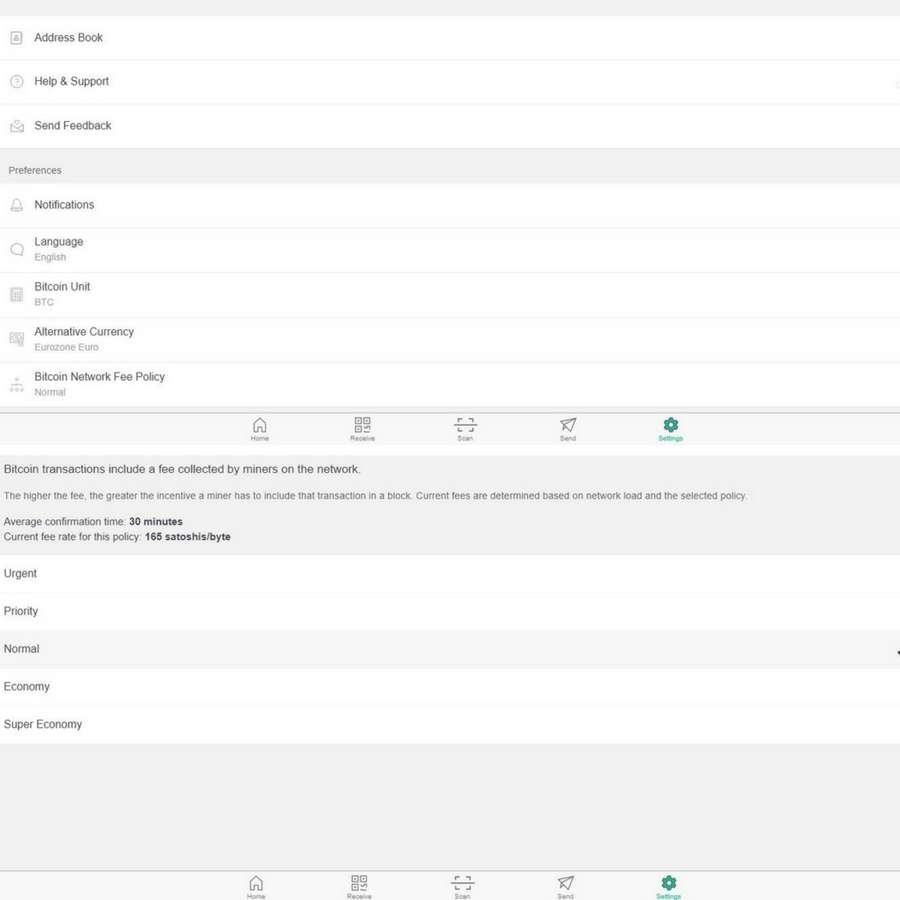 #6 You can either stick to just one, personal wallet or create a shared wallet and invite people. 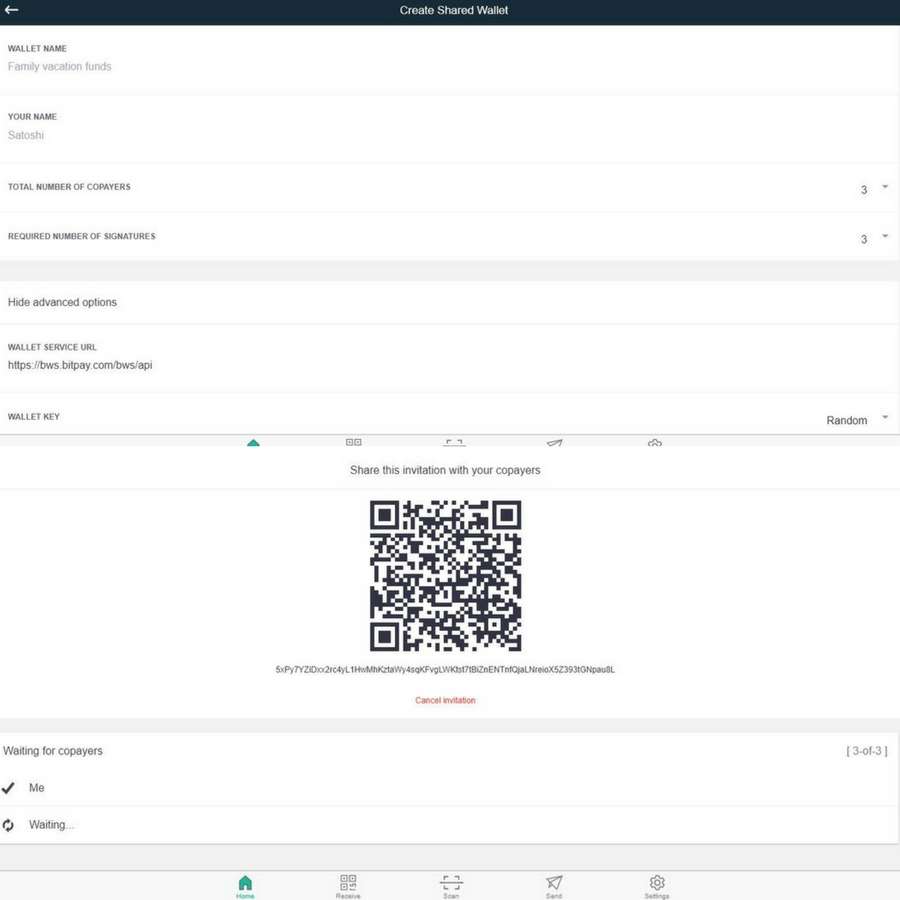 #8 You’re ready! Transfer your Bitcoins to the Copay Wallet or buy them directly through Coinbase.

#9 Use the barcode if you want to send or receive Bitcoins from others.

Copay Wallet has been designed for multiple users and it definitely lives up to it. Currently, there aren’t any better-shared wallets, hence we awarded it 3.5/5.0 stars!

Copay is very easy to use and can be accessed on multiple devices, which makes it one of the most diverse wallets. On the top of that, it has a clear and accessible interface that even a rookie would appreciate.

On the other hand, the security level could improve and we wouldn’t feel secure leaving large funds on the wallet. Copay works best in conjunction with another hardware wallet that offers more security.

Another thing is Copay’s customer service – even though they’re part of BitPay, it’s not an excuse for not having its own customer assistance and Social Media presence.

What do you think of the Copay Review? Have you already used it? Let us know in the comments below!