If you are looking for a trading platform with a difference, then Oxygen could be just that.

Created by the founder of Changelly, a big-time cryptocurrency project that has been operating since 2015, its team has years of experience in investment banking, finance, and technology experience.

Oxygen will allow users to deal in Ethereum at first but plans to allow the introduction of Bitcoin in the near future.

It will be regulated under the DLT regulations in Gibraltar, as well as the Alternative Trading System in the US. 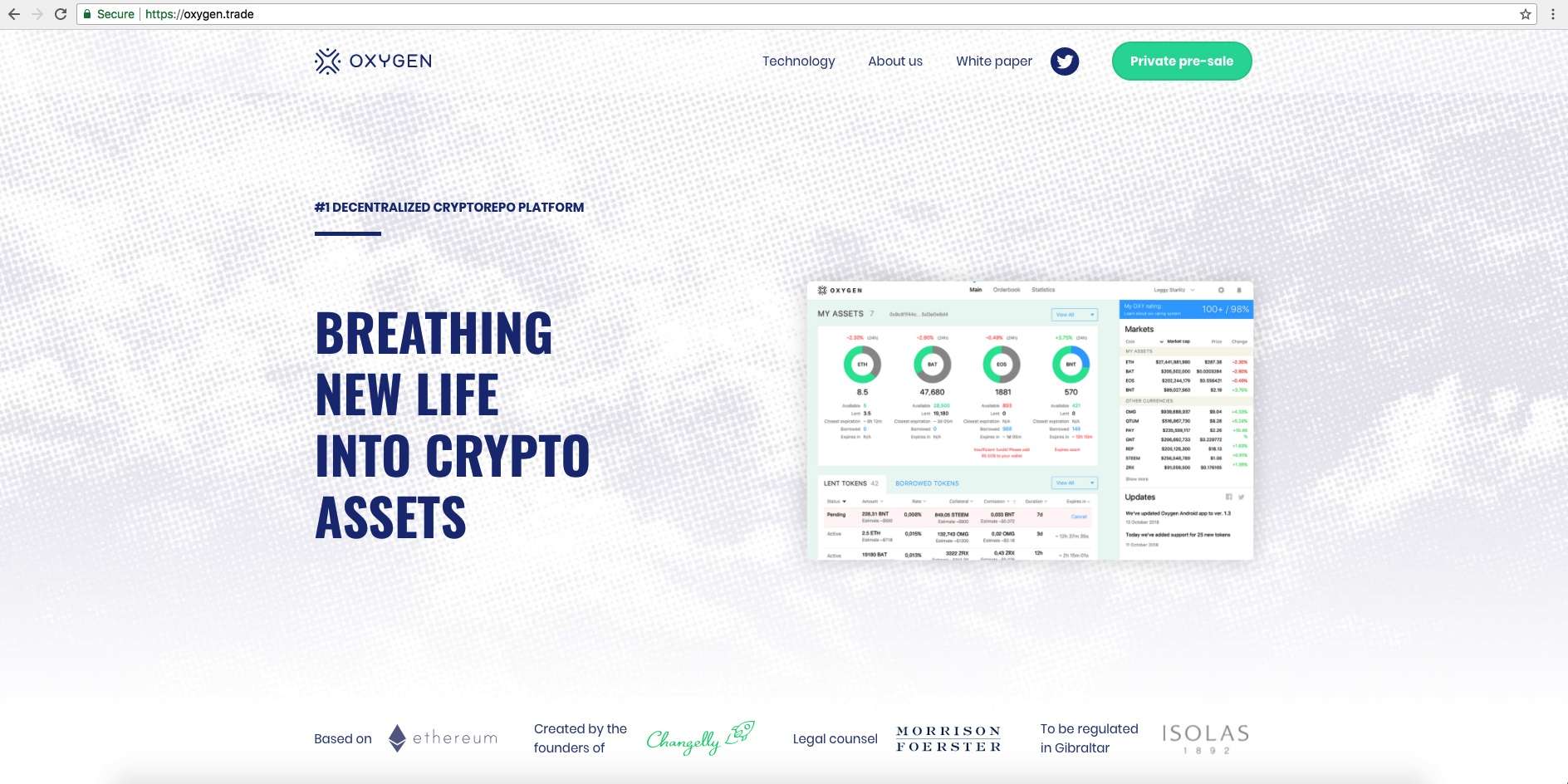 Oxygen Trade is an Ethereum-based cryptocurrency platform that was developed by the creators and founders of Changelly.

Their aim is to allow the holders of cryptocurrency utilise their assets is a much more efficient manner.

The majority of cryptocurrency investors just hold onto their coins, letting them sit in a cryptocurrency wallet because they are unaware of how they can make the coins work for them.

Few investors know that they can actually lend their tokens to other users, much in the same way that when we deposit fiat currency in a bank, we automatically make it available for lending.

The concept behind Oxygen is to “breathe” a new lease of life into the concept of cryptocurrency assets.

The platform has created a place where individuals can enter into a CryptoRepo agreement which is the crypto-version of a classic repo agreement that one may be familiar with from the world of fiat currencies.

To enable users to make the most of their under-utilised cryptocurrency assets, the platform will offer three core functions that will do just this.

They are as follows:

At the moment there is an estimated $500 billion worth of cryptocurrency assets in the world, but only around 1% of virtual currencies are available to borrow or lend.

Oxygen aims to increase the amount of circulation to around 100%.

The services that Oxygen offer are known as “CryptoRepo” and this is a slightly different concept from the classic repo.

For those that don’t know, a repo is an agreement to sell assets and then to buy them back on a particular date in the future, known as the date of maturity, at a pre-agreed price.

In terms of economics, a repo is a loan that is secured against collateral and the Oxygen whitepaper describes repo markets as “the oil that lubricates financial markets”.

At the present moment, there is over $12 trillion in repos outstanding across the UK and US markets.

But when someone uses Oxygen, a CryptoRepo transaction happens when one individual borrows digital tokens or coins from another individual and then agrees to return the assets, including interest, at a future date.

The individual that borrows, then provide crypto assets to the lender as collateral which creates a fully secured digital transaction.

The collateral is kept safe by a smart contract that also functions as a clearinghouse and as a settlement agent.

The concept of a repo is already a proven financial instrument, Oxygen just wants to bring it to the world of cryptocurrency, successfully, easily, and efficiently.

Oxygen has various benefits for its users and these include the ability to earn interest by lending crypto assets, raising liquidity against your holdings, borrowing crypto assets to go short, covering an inventory gap and more.

Some of its most stand out features include the fact that it is completely decentralised through its ecosystem meaning that users can keep assets safe, whilst ensuring they reduce risks and costs.

The platform also has integrated liquidity through its partnership with Changelly, which means users can gain access to B2C and B2B liquidity.

In the beginning, Oxygen will just be supporting Ethereum and smart contracts but there are plans to include Bitcoin in the future.

As it is a brand new platform, a lot will depend on its popularity and the ironing out of any issues that arise after its launch. 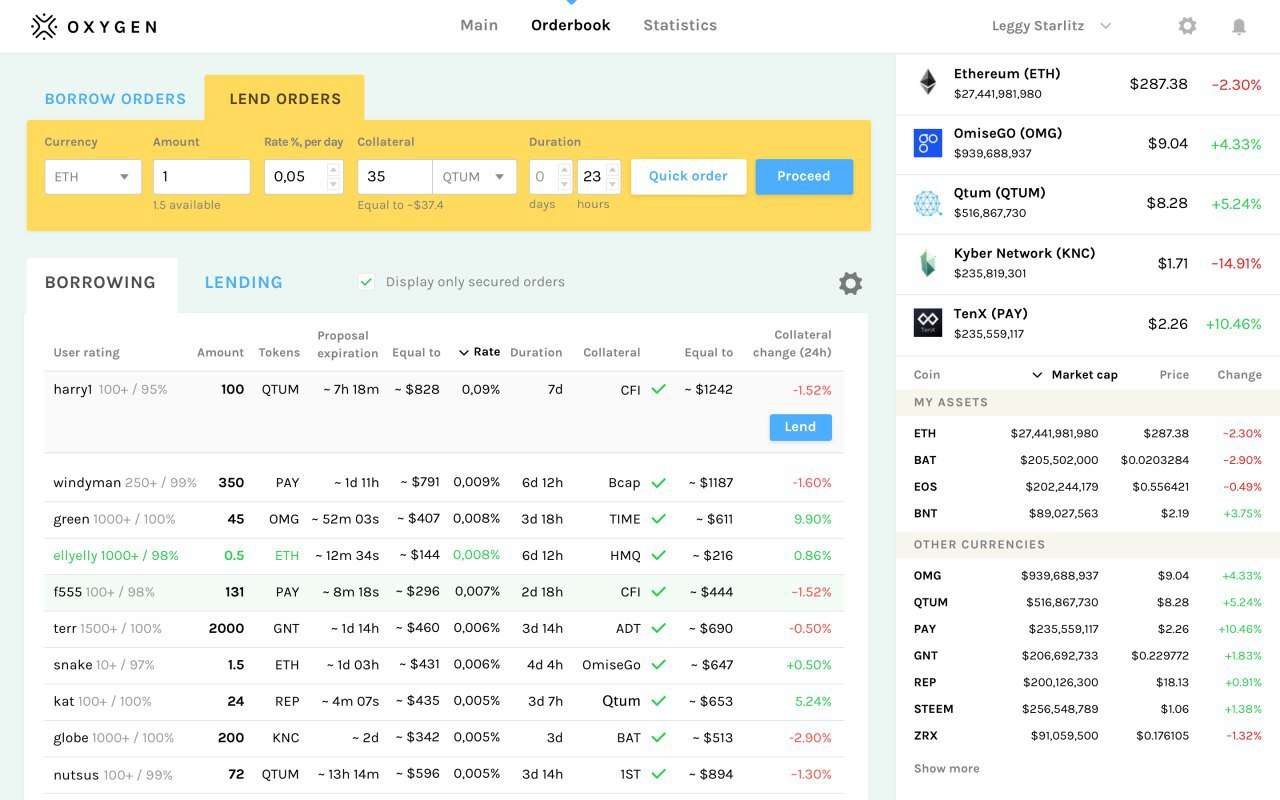 As of yet, the platform is not live and Oxygen have not yet announced anything about deposit methods.

As of yet, the platform is not live and Oxygen have not yet announced anything about withdrawal methods.

At present, the Oxygen Trade platform is only available for PC and desktop versions.

Once it has been launched and the alpha and beta versions have been rolled out, it is expected that a mobile application will be developed to serve customers that want to trade on the go and have access to their account when they are out and about.

For now, the online browser-version of the platform is more than sufficient, and of course, this can be accessed on a mobile browser but its performance has not been tested yet.

No stone is left uncovered when it comes to Oxygen and privacy and security.

Its smart contracts function as both a custodian and a settlement system and they are deployed over the Ethereum network and work to reduce the central counterparty risk.

You can also rest assured that your assets are secure at all times.

As of yet, not much is known about the fee structure that Oxygen intends to use but it is expected that fees will be charged when borrowing cryptocurrency, and possibly when receiving profits as a result of lending.

Watch this space for further updates.

Again, until the platform is up and running it is difficult to say what the customer service levels of Oxygen will be.

As it is a startup we can speculate that they will offer a good level of efficient service through channels such as live chat, email and an extensive FAQ and online community. 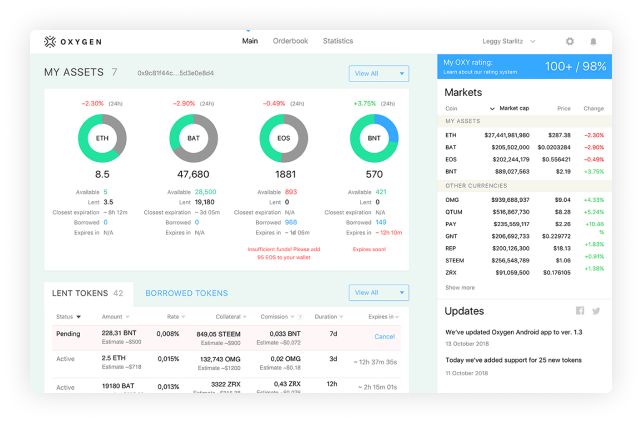 The interface of Oxygen is fitting for the name.

It is a mixture of whites, pale blues, and icy greens are easy on the eye and make a change from many of the other platforms that tend to be dark colours with gaudy greens, reds, and yellows.

Oxygen looks cool as well as simple to use and the dashboard displays everything you need simply and with ease.

It is easy to navigate and see the market and your positions in one single place, and you can also see the full details of your ETH address portfolio with little to no hassle.

The dashboard also displays the metrics of your active lending and borrowing operations and the real-time exchange rates that are available to you.

This platform makes a nice change from a lot of the poorly designed, overly complicated trading platforms out there and its cool simplicity and easy to navigate style makes a welcome change.

Oxygen Trade: Who Is The Platform For?

This platform is designed for both individuals and companies.

Individuals can utilise the power of Oxygen to enhance their returns. Professional traders and crypto-miners can also do the same.

The process for purchasing, borrowing, or lending cryptocurrency on Oxygen is not yet clear, but we know that it will involve smart contracts running on the Ethereum platform, meaning it is as safe and secure as possible.

Until the launch of Oxygen Trade, we are going to give it an 8.0/10.0 for its potential.

This is a whole new concept for the cryptocurrency industry and the fact that it is linked to Changelly, and counts ex-Goldman Sachs executives in its leadership team means that we have very high hopes for its success.

The platform itself is really well designed and looks pretty simple to use which is a relief as the concept is a little more complicated than normal trading.

We are waiting with baited breath to see what impact Oxygen is going to have on the cryptocurrency market in 2018 and beyond. Stay tuned for more!

What do you think of our Oxygen Trade review? Do you have more information for us? Share in the comments below! 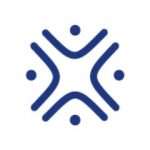