Of course, with a digital currency you cannot just put it in your pocket or stash it under a mattress, you need to make sure you have a secure method of storing it where it cannot be lost, misplaced, or accessed by hackers.

You need to get yourself a unique cryptocurrency wallet that has been explicitly designed for the coin that you are investing in.

In this guide, we will give you all the information you need on how to create Monero paper wallet – a super-secure way of storing your Monero in an offline manner.

But first, let us start with the basics. 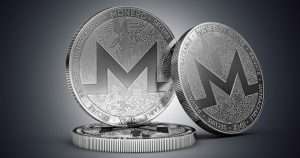 Monero brand themselves as “secure, private, and untraceable currency system” and it uses a particular type of cryptography to make sure that all transactions are completely untraceable and 100% unlinkable.

In a world where every financial transaction we make leaves a digital footprint that can be easily traced back to us, it is not hard to see why a currency such as Monero would be so attractive to some.

Back in July 2012, a new coin was launched known as Bytecoin. This coin worked on the application layer protocol known as CryptoNote which is used to power a range of decentralised currencies.

While it has a few similarities to Bitcoin and the network which it runs on, there are many ways in which they differ.

Bytecoin had potential and promise, but unfortunately, this was overshadowed by a few nefarious goings-on and the realisation that over 80% of the coins were already in circulation.

Eventually, the name was changed to just Monero which is the Esperanto name for Coin.

In this new chain, a new coin has the chance to be both mined and added every two minutes.

Monero was created by a group of 5 anonymous developers, and two that chose to make their identities public; David Latapie and Riccardo Spagni. The project is an entirely open source and crowdfunded.

What makes Monero unique is that anyone that holds a Monero coin, completely owns it and has total control over it and any transactions made with it.

It is also totally fungible, meaning that it can be easily interchanged with any goods or assets that are similar in properties.

It is also completely scalable, something that Bitcoin is continuing to struggle with. Monero has no pre-set size limit, and it does not experience slow transaction times or congestion like some other cryptocurrencies.

The last point worth noting is that it is ASIC resistant whereas coins such as Bitcoin, are not.

For more information, read our guide to the Monero Coin.

Why Should I Invest In Monero?

You should consider investing in Monero because it is one of the world’s fastest-growing cryptocurrencies.

It is also very secure and very private and offers users an exceptionally high level of confidentiality.

The price per coin is still relatively low when compared to Bitcoin, which means it is accessible so that you can purchase more significant quantities at a lower price.

Another reason why you should consider investing in it is that it is scalable in a way which Bitcoin is not. That means it has more longevity and it is unlikely to encounter issues as its popularity increases.

How Do I Acquire it?

There are two ways in which you can acquire Monero. Firstly, you can mine it, or you can buy it.

Which option you choose will depend on personal preference, capabilities, and how much you intend of acquiring.

Monero is a proof-of-work cryptocurrency, and anyone with a computer can mine it.

Bear in mind that to do so, you will need to invest in a dedicated mining computer, as well as electricity to run it and to stop it from overheating.

Alternatively, you can join a mining pool and share resources with other miners, and of course, share the results of your efforts.

The benefits of a mining pool are that by clubbing together with other users, you can see a return on your efforts pretty quickly, whereas if you go it solo, it will take quite a bit longer.

If this all sounds a little bit too much like hard work, then don’t worry there is a much easier alternative.

First up, and by far the easiest is purchasing your Monero with a credit or debit card.

There are a few exchanges where you can do this, the most popular of which is Coinbase.

You need to sign up to Coinbase, buy yourself some Bitcoins with your credit or debit card and then just exchange them for Monero.

While this might sound like a bit of a headache, in reality, it only takes a matter of moments.

You can also use Bitfinex to do the same thing – buy Bitcoin and then exchange them for Monero.

If you want to buy via your bank account, you can do so using the same method in Coinbase and then exchange them in a platform such as Binance.

Again, the whole process is pretty straightforward and takes about 10 minutes.

Unfortunately, if you want to buy Monero with PayPal, you are out of luck, unless you buy Bitcoin first.

Also, be aware that you cannot buy the coins with cash as there are presently no ATMs that support buying Monero.

The reason it is not possible to buy Monero directly at present is that it has only recently gained mainstream popularity.

As its success and value continue to grow, we expect to see it make an appearance on the big exchanges, as a cryptocurrency that can be purchased directly via credit card, bank transfer and payment providers.

For now, however, you will have to stick to buying Bitcoin first and then exchanging it for Monero coins.

When it comes to storing your Monero coins, you need to invest in a digital wallet that supports explicitly your currency.

As you may or may not know, there are several different kinds of wallet available and all have various features and levels of security.

With cryptocurrencies such as Bitcoin, Ethereum and Litecoin, there are lots of options available such as hardware wallets, application wallets, desktop wallets, and paper wallets.

When it comes to Monero, these choices are a little more limited.

This is due once again to the fact that its popularity has only started to increase drastically in the last few months, so if things continue the way they are going, we can expect to see more of uptake in creating wallets for Monero, or offering support for Monero in existing wallets.

There are a couple of options available such as the Monero Web Wallet.

This wallet was created and operated by one of the creators of Monero, and it works much in the same way as an e-wallet account.

You sign up online and log in and out with your password to access your funds. It is pretty secure as MyMonero only encrypts the keys and stores that data on its servers, it doesn’t have any access to your funds directly.

You can also get a desktop version from the official Monero website which works like an application that you access from your PC as opposed to your browser.

But if you are looking to invest quite a lot in Monero, and you want a super-secure way of storing it, at the moment, the best option for you is a paper wallet.

Why Is a Paper Wallet The Most Secure Storage?

A paper wallet is mostly a document that contains all of the data required to access your Monero. This will consist of printed paper keys and redeemable codes.

You can either use a paper key which is a single key written on paper which can be reused multiple times or alternatively you can use a redeemable code which is designed to be only used once.

Paper wallets are considered as secure in one way because they are impenetrable to hackers, but of course, if you lose it or spill water on it, it is lost forever.

There are also some pretty strict safety precautions that you should take when you are preparing the wallet, and we will cover these in a little more detail below.

To make your own Monero paper wallet, you need to follow the process below, paying close attention to detail.

Monero is a great cryptocurrency for you to consider investing in.

But while its popularity is just starting to increase, there are slightly limited options for secure storage.

While the web and desktop wallets are suitable for smaller amounts, if you are looking to store a much more significant number of coins securely then a paper wallet is the best solution for you.

By following the information in this guide, as well as the instructions on the official Monero site, you can create an entirely secure offline Monero wallet that will keep your funds away from prying or unauthorised eyes.

For more detailed information, visit our guide on How To Buy Monero.

How To Store Monero Offline?

Distributed Ledger Technology: The Secret Technology Beyond The Blockchain